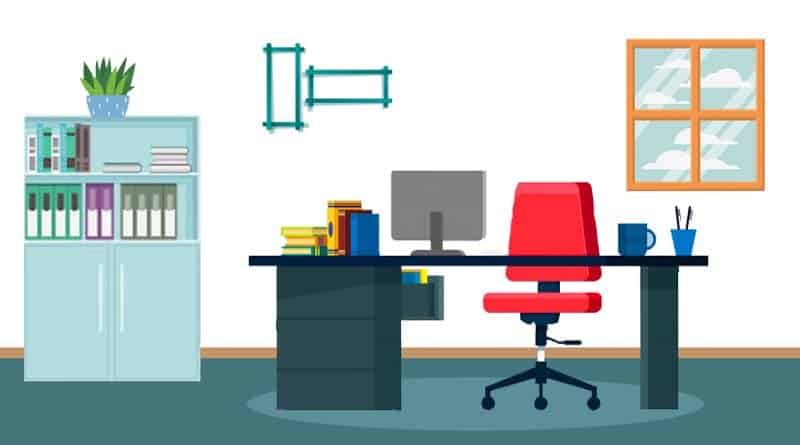 The COVID-19 pandemic took the world by storm, wreaking havoc and devastation. It affected almost every sphere of our day-to-day lives, whether professional or personal. Jobs, weddings, vacations, and all other present or future plans saw a postponement for a scarily unpredictable period of time. Another drastic change that the pandemic brought with it was the lockdown. Staying cooped up in our own homes, it was almost impossible to step outside. Some people were truly unfortunate to not even have a roof over their heads during that trying time. Jobs were lost, and those who were saved from this misfortune had to quickly turn around their entire professional setup. Everything shifted online- even the most basic aspects of ordinary existence.

Similarly, another field that saw a tectonic shift was the startup industry. There was no prediction whether a certain startup would be detrimentally affected or see massive growth. As people were confined to their own four walls, basic services and products were needed to be delivered to their doorsteps, instead of them going out to procure them. Most startups have witnessed a decline in supply and demand except for those startups that are engaged in the supply and delivery of “essential services” like educational technology, gaming, or streaming services. E-commerce websites that were involved in this online transaction of everyday goods saw a spectacular boom in sales. Grofers is an online grocery delivering platform that saw massive growth in sales during the pandemic. Mama Earth, another wholesome, green, and baby-friendly beauty and skincare company saw a monumental rise in its sales. Their innovation came in the form of introducing products like 100% organic Vitamin C-rich face wash and turmeric-laced face wash that performed spectacularly during the pandemic. Even more surprising was the fact that a lot of Indian startups were entering the prestigious Unicorn Club. Examples are Unacademy, Nykaa, Zerodha, and others.

However, more often than not, startups suffered a major setback and worse, had to be shut down. According to reports, it’s suggested that the value of investments in India has fallen to $0.33 billion in March 2020 compared to $1.73 billion in March 2019 which indicates a fall of nearly 81.14%. There has been a total fall of 50% and the number of companies funded. Or, 69 firms in March 2020 in contrast to 136 firms in March 2019. A considerable number of investors had started pulling back and thus one of the major challenges faced by startups had become sourcing funds which had resulted in cash flow issues for many. The lockdown had not only impacted the daily business operations but it had also forced a good many startups into preparing for contingency plans to limit the workforce and to cut down employee salaries. Various startup founders also had to take pay cuts to limit the losses faced.

Another example that comes to mind when talking about the loss to startups during the COVID 19 pandemic is OYO. Pre pandemic, OYO was the most stellar company that originated in India. It had 30,000 plus employees in India and globally. Post pandemic, OYO has less than 10,000 employees across the globe, including India. Due to the offline nature of OYO and the services are provided by it, it was predestined to face a setback during lockdown where the hospitality sector, in general, had to face a major hit.

Just when the startup industry was starting to get back on its feet, worrying news about a new virus started flying around. The omicron virus has shown a remarkable spread rate compared to the delta COVID-19 virus. Already people are starting to go into a frenzy, given recent experiences. The government of India is already on a high alert and trying its best to prevent any reoccurrences of the recently devastating conditions of the country. Several states have stepped up vaccination, surveillance, and containment measures as India detect more and more cases of the omicron virus daily. Amid growing concerns over omicron, a parliamentary committee has recommended that the efficacy of COVID vaccines must be evaluated with regards to the new strain developing immune escape mechanism.

Also, biological sciences have noticed that the higher the rate of spread of a virus, the less virulent it is. Even though there are no concrete reports about omicron and its effects across demographics, it is being predicted that the mortality rate and virulence of this will be lesser compared to the delta virus. “With omicron, the new variant of SARS-CoV-2, the third wave of coronavirus could hit the peak by February with cases likely to be reaching up to 1-1.5 lakhs a day in the country, but it will be milder than the second wave,” said Mandira Agarwal, IIT scientist involved in the mathematical projection of the trajectory of COVID-19.

It is difficult to predict whether startups will be affected as badly as they were during the COVID-19 pandemic or will they mitigate the omicron situation much better the second time around. With timely political, social, and economic measures in place, the lens of the future might not be hazy with the bleakness of the past.

Author startupurbanPosted on November 27, 2021November 27, 2021
Xponents, a start-up that assists family-owned businesses to function incongruity with the start-up ecosystem, has raised $1.56 million in seed funding. A UAE-based venture...
Read More

Author startupurbanPosted on January 11, 2022January 11, 2022
Simplilearn is a combined package that is launched all over multiple digital platforms and print media. The campaign is for a Job Guarantee that...
Read More

Author startupurbanPosted on December 20, 2021December 20, 2021
A D2C tea brand from Assam, Esah Tea, has successfully amassed 3 crores ($400 thousand) in its Pre-Series A Funding round which was led...
Read More

Author startupurbanPosted on September 30, 2021September 30, 2021
When it comes to engaging with prospects and customers in a more personalized way, telecalling continues to remain a highly successful approach. Given how...
Read More