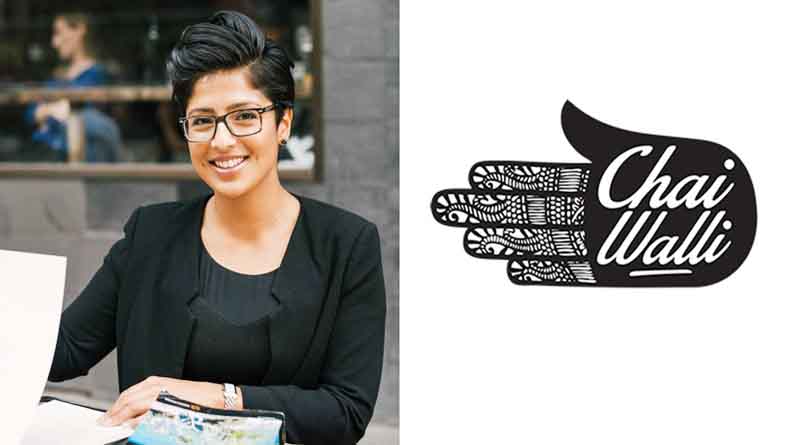 Have ever thought of choosing an unconventional career path about becoming a “Chai walla” (tea maker, male) or “Chai walli” (tea maker, female) in modern era rather than becoming doctors, engineers, fashion designers or actors!! No?? Then it’s about time that we can do. To start a business as “chai walla” or a “chai walli” in Melbourne, Australia was not at all easy for the entrepreneur Uppma Virdi herself, as the country has taken to coffee more than tea. But, Uppma Virdi, the 26-year-old entrepreneur has accomplished a hard job over there which leads her to become Australia’s Businesswoman of the Year 2016.

The “Chai walli” is actually an Indian-Australian lawyer who has started her own company called ‘Chai Walli’ to serve standard Indian tea to the Australian peeps. By doing her day job as a lawyer, Uppma Virdi has certainly set an example for those who scuffle to find the perfect balance between their career and their passions. In just two years of hard work, the brand has obtained a huge recognition, and the crown of Businesswoman of the Year 2016  Indian Australian Business and Community Awards (IABCA) has won by Uppma Virdi, which was organized in Sydney recently.

After moving to Australia and being a diehard tea-lover, Uppma Virdi felt disheartened about not finding any places to get good tea. So, she became determined to start a business of her own for “Chai” herself and that’s how ‘Chai Walli’ came into being.

Uppma Virdi has communicated with media: “In the Indian culture, people come together through tea. Whether it’s a happy occasion or a difficult moment, tea is all ambient. I tried, but couldn’t find many benignant tea places in Australia,” and she added… “Wherever I go I make tea… My parents’ number one request is ‘Uppma, make some tea.’ When my brother got married, I think I would have made a thousand cups of tea for all the guests. Even when I went overseas to Austria on a scholarship, I used to make tea for everyone. It was a way of bringing people together.”

So, certainly, Uppma’s story reinstates our courage in the idea that if you are really passionate about your dream and are serious about it, nothing can stop you from making it big! She is really an inspiration for today’s women.

Avoid Employee Shirk with these Perks

Author startupurbanPosted on March 15, 2019March 15, 2019
Founders –  Jheal Shah Website –  The Stylease So, recently the wedding season arrived in all its charms, and like most of you, I had...
Read More

Author startupurbanPosted on July 31, 2021July 31, 2021
Founder – Mayank Jain Website – Ezyschooling Living under the threatening situation of pandemics and balancing family and work simultaneously has become one of...
Read More

Parag Agrawal: The Story Behind This Tech Whiz No One’s Ever Heard of Before

Author startupurbanPosted on December 17, 2021December 17, 2021
An Indian immigrant and a respected alumnus of IIT Bombay, Parag Agrawal has taken the tech world by storm after being declared as the...
Read More

ZIPZAPDEALS- A revolution for college students?

Author startupurbanPosted on March 12, 2018March 29, 2021
Founder – Siddharth Sharma Website – ZipZapDeals   College life is one of the most amazing experience one can have in their lifetime, Period....
Read More