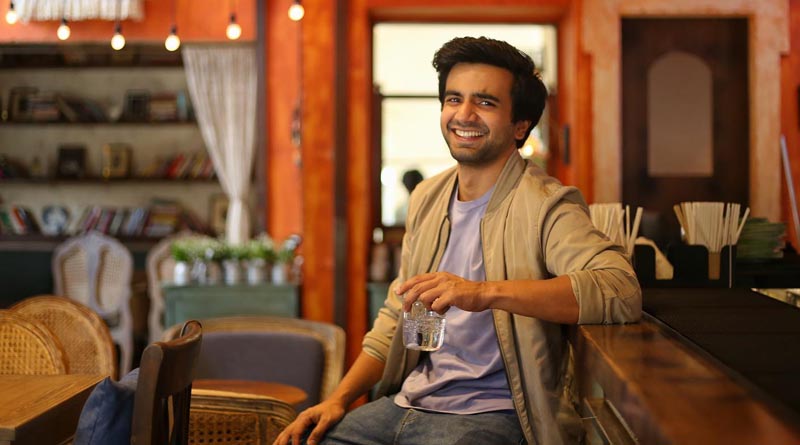 Ayush Mehra is a famous name in the Indian television industry at present. He is an upcoming model and actor known for his impressive YouTube appearances. From a simple Punjabi boy to the heartthrob of the nation, his journey has been incredibly amazing. If you want to know all about his struggles and works, we are here to share his success story with you.

Born in 1992 and raised in the city of dreams, Mumbai, Ayush, wanted to pursue a career in acting right from his childhood. Immediately after graduating from college, he decided to start his acting career. It wasn’t easy for a boy with no Godfather or big connection in Bollywood to take his place in the big industry. But his unflinching dedication has been an inspiration for many who want to achieve their dreams.

With the complete support of his parents, the actor began his on-screen journey by working on several TV-commercials along with short appearances in movies. He made his debut in the much-demanded silver screen in 2010 as a supporting male actor in the TV serial, ‘Isi Life Mein…!’ Ayush Mehra waited patiently for years until he got his big break in 2016. As far as the love life is concerned, Ayush Mehra is in a stable relationship of 13 years with Aashna.

Ayush Mehra got his first significant role in the small screen in 2016. He starred as a lead actor in one of Bindass Originals’ popular series, namely, ‘Life, Lafde Aur Bandhiyan.’ The story revolved around the lives of three young men in their early twenties: Rishabh, Chewang, and Puppy. The three ordinary young characters got humiliated by everyone for not being successful. It was an entertaining drama and comedy series, and young aspirants could relate to the struggles of the characters. Payal Thapa and Harshit Sidwani are the two other lead actors who performed along with Ayush.

2016 was a successful year for Ayush’s career. Impressed by his natural acting skills, Bindass Originals offered him another significant role in the romantic drama, ‘Yeh Hai Ashiqui.’ It was a widely-watched Indian TV series presenting dramatizations of multiple love stories. Ayush Mehra started winning hearts with his role as a romantic hero.

Later in 2019, Zoom studies approached Ayush Mehra to cast him in their short series, ‘Mom and Co.’ Once again Ayush Mehra did a commendable job, gained more followers. The comedy-drama remains memorable as it also marks the return of Neelima Azim on the television screens.

Recent projects on which Ayush Mehra has worked:

In the past few years, Ayush Mehra has done several YouTube videos and short series and has impressed everyone with his brilliant performance. At present, the star signed a project with Filter Copy, an online media company. Some of the recent series in which he has done a fantastic job include Tripoto’s ‘Homecoming,’ Dice Media’s ‘Please Find Attached,’ Just Human Things,’ ‘Minus One,’ and MensXP’s ‘Love on the Rocks.’

We may conclude by saying that Ayush Mehra’s career graph has shown steady progress. He has worked on significant projects and has achieved fame at such a young age. In real life, he is friendly and approachable, a helpful boy-next-door. He has fulfilled his dreams based solely on his talents. In the coming years, Ayush Mehra will surely work on many novel projects. He is yet to give the audience his masterpiece. We wish him all the luck in the world.

Sun Pharma faces a loss of over 16,000 crores in the April-June Quarter

Lavana Interiors – From Ideas to Reality

The Inspiring Startup Story Of Dr. Sneha Sharma And How She Is Changing The World Through Her Vision

Author startupurbanPosted on March 3, 2021March 3, 2021
Website – Sneha Sharma The Coach From her early days, Dr. Sneha Sharma believed that skills are something that are not acquired from birth,...
Read More

Author Preirna PrachiPosted on March 18, 2020April 7, 2021
Founder – Ankit Dhadwal Website – Mount Woods Studio How important is it for a business to have a good brand reputation in the...
Read More

Author startupurbanPosted on October 14, 2018July 14, 2020
We all know about Twinkle Khanna has an actress, a blogger, an author and an entrepreneur. But do you know, she was a college...
Read More