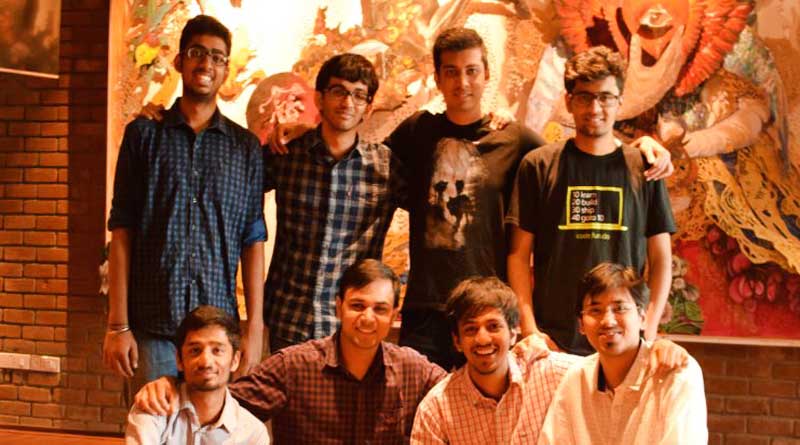 In India, so many businesses have established in several rural and urban areas which are run by non-English speaking entrepreneurs. That is why they don’t prefer online marketing despite having good internet experience. But in this era of smartphones and the internet four friends though something new which helped the next 500 million Indians to come online and conquer the world of online business. People who can access the internet now can access the content too in their own languages. In short, it severally improved the online content experience of over 500 million people. Those four friends are Sourabh Gupta, Manoj Sarda, Akshay Deshraj, and Prateek Gupta from IIT Roorkee and they started Vernacular.ai, an excellent platform that helps businesses to interact with multi-lingual customers in their preferred languages just by using NLP technology. This unusual platform works for businesses as a multilingual conversational agent.

Focus on the problem

This brilliant team has risen seed funding from K-Start which is the seed division of Kalaari Capital.

According to Sourabh the problems and the complexity are much bigger when it comes to India languages as these languages are morphologically rich and the conversational interaction is severally different from the textbook rules. Also, the frequent mixing of other languages can be seen. He says “We are building our own in-house technology in collaboration with leading industry participants and academia”.

Vernacular.ai has launched as B2C product earlier in this year but the product was in demand within a shorter period of time. Sourabh added, “The product saw strong traction, with 50,000 users exchanging over a million messages in a short period”.

Now, this outstanding platform started focussing on B2B business to help companies build multi-lingual chatbots. The two key components of this technology are

Language Understanding is using state-of-the-art NLP technologies they have extracted the meaning, context, and entities of coming messages in different languages. And Deep Learning is about achieving maximum accuracy for their chatbots.

“We have also been working with financial institutions on interesting use-cases resulting in scalable ways to increase business, reduce operational expenditure, and enhance customer loyalty and satisfaction,” adds Sourabh.

The people and the market

Over 100 million English speakers live in India which is just 10% of the total population. India is the greatest country where you’ll find the multi-lingual nation. 780 languages exist here according to the People Linguistic Survey of India. And more than 300 million users are about to join the internet market and they all prefer content in local languages. You’ll be amazed to know that in 2018 the no of the rural population is estimated to touch 280 million which is almost the total population of the United States and it is also estimated that 90% of this rural population is going to use the Internet from their mobile phone. So people started targeting this language game. For an example, ShareChat is India’s first social network which is in local languages. Similar wise, other news aggregators like Way2News, Tiger-backed InShorts, or Hike (News) are also focusing on local languages. In this scenario, Venacular.ai wants more people to join in their tech team to build a stronger product.

Author Preirna PrachiPosted on April 28, 2020April 29, 2020
Founder – Karim Ghassan Website – Kidzapp Gone are the days when kids bump into you because you on Fridays pleasing you to take...
Read More

Author startupurbanPosted on March 25, 2017August 13, 2020
Bhavish Aggarwal, a graduate from IIT Mumbai, is the founder of Ola Cabs. Just like any other entrepreneur, his life into entrepreneurship was the...
Read More

Author startupurbanPosted on November 20, 2017October 20, 2020
Does the deteriorating air quality of the metropolitan cities concern you? Does the depleting ozone layer and increasing global warming affect you? Does the...
Read More

Neurotags: The end of counterfeit products in India?