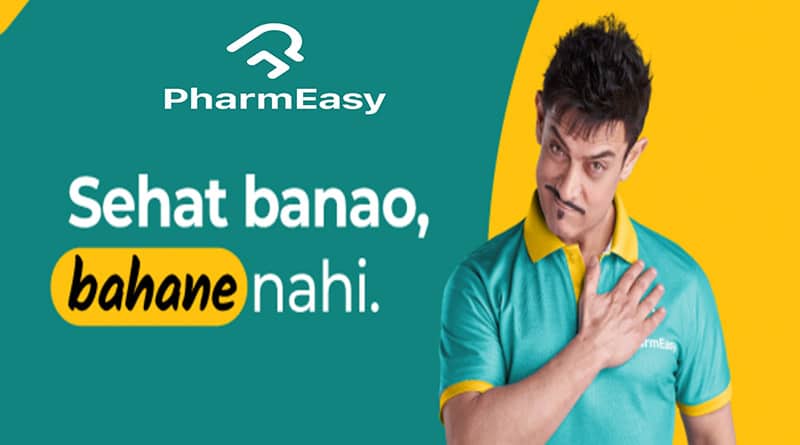 As it is witnessed that each one happily agrees with the wholesale and retail market structure of the pharma industry offers its customers and with time digitalization of the same was evident, but most of the time it can be noticed that the pharma industry is disorganized. With the advent of digitalization in pharma industry, customers can order medicines by just a click from a wide range of e-commerce medical stores which are delivered to the door step without any hassles. Among the e-commerce pharma stores, one of the major player in the pharma industry that make delivering of medicines easy is PharmEasy. Along with all the industries of now, the pharma industry has even witnessed a rapid growth empowered by the penetration of the new-age technologies and the internet. The internet users have already grown at a CAGR of 18.17% between 2015 and 2019 and are further expected to rise at a CAGR of 8.78% in 2020-25. Besides, the e-commerce transactions also increased by 71.3% between April and September 2020.

PharmEasy has developed itself as an e-commerce healthcare delivery platform in order to simplify as well as digitalize the healthcare structure in India. This platform offer patients to stay in touch with the local pharmacy stores and outlets. Information and advanced technology are the major factors behind the robust health and well-being ecosystem and that is PhamEasy is using to make a better healthcare ecosystem in India.

Dharmil Sheth, the founder of PharmEasy along with his doctor friend, Dr.Dhaval Shah came up with the concept of creating an e-commerce pharmacy platform known as PharmEasy in the year 2014. The duo agreed that their is a potential need of advanced technology in the heathcare structure of India and gave rise to PharmEasy. Currently, the company offers its services and supplies in almost 98% of the Indian pin codes. The company always wanted to achieve the goal of door-to-door delivery of medicines and everything related to healthcare. Digitization has become a major component of the healthcare industry, starting from setting up doctor’s appointment to delivery of reports and medicines everything is digitized.

The company noticed a rapid growth, where the company doubled its revenue from Rs340 crore in the past years to almost Rs 737 crore in FY2020. The duo, Dhaval Shah and Dharmil Sheth play a significant role in the growth and development of the company through their excellent leadership and team work along with superior decision making power. According to the financial report of fiscal year 2021, the company witnessed a rapid growth of 220% jump to collect Rs2,360 crore worth of revenue in FY21 from Rs737.4 crore that was noticed in FY20.

PharmEasy help its customers with the delivery of medicines and other healthcare products at doorstep all over India, in other words it is like Grofers for medicines. The pin codes registered by the company, PhrmEasy helps customer find the closest pharmacies to them. Customers can either use the PharmEasy website or even use it’s mobile app to order medicines and other healthcare products. Customers ordering from the mobile app get discount of 20% that helps in increasing a positive brand image and further adds more new customers to PharmEasy. The company is an e-commerce pharmacy platform, in which most process are online with a 3-way chain between the buyers, suppliers, and the distribution network.

Initially, the company earns its revenue via displaying the sponsored results of various pharmaceutical companies and these kinds of advertisements are mostly found on the home page of such companies. Advertising is a major source of revenue and this e-commerce pharmacy platform uses it to the hilt. Attractive discounts also contribute to PharmEasy’s revenue. Furthermore, PharmEasy earns from commission from its customers for the healthcare products and medicines that sell via the platform. The company even earns through the delivery charges that get levied on the products.

Till date, the company has witnessed a total amount of $1.60 billion funds. Recently, the company raised a private equity fund led by VestinWolf  Capital Management after raising a Pre-IPO round worth $354 from a clutch of investors. In June 2021, PharmEasy valued at $1.8 billion after it raised a fund of $500 million in the Series F funding round that was led by Arokiaswamy Velumani. Further the company raised $354 million fund in its Pre-IPO round of funding that was a split in 2 rounds.

In the initial round the company witnessed a funding of $204 million led by Amansa Capital, Steadview Capital, OrbiMed, Abu Dhabi’s sovereign wealth fund ADQ, and many more. In the second round of funding that PharmEasy received, the company scaled up to almost $150 million from the partial exits of a bunch of existing angel investors and other early-stage investors like Fundamentum, Eight Roads Ventures, Bessemer Venture Partners, and others. The company, which is all set to file its Draft Red Herring Prospectus (DRHP) has also disclosed that over 20 senior employees, five founders, and some of the new investors have picked secondary shares at a valuation of $5.6 billion. Currently, the company’s valuation is at $5.4 billion, as of February 2022. The company is yet to decide on its IPO round and will not be setting its pricing before any approval from the SEBI.

How To Start A Wine Business In India

10 Tips To Boost Your Business Sales With Video Marketing

Author Preirna PrachiPosted on April 28, 2020April 29, 2020
Founder – Karim Ghassan Website – Kidzapp Gone are the days when kids bump into you because you on Fridays pleasing you to take...
Read More