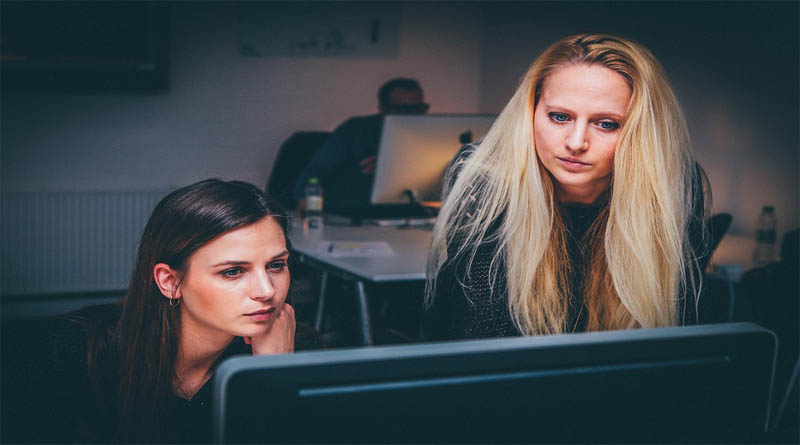 Zig Ziglar notably said, “Your attitude, not your aptitude, will determine your altitude.”

And I entirely agree with Mr. Ziglar here. It takes a particular attitude to reach the heights one dreams to achieve. It’s a mindset game. Mindset is something that differentiates the successful people from the mediocre.

Therefore, if you want to be successful and achieve those altitudes, you need to have that attitude and mindset first. And to tune your mindset a bit here’s a list of ten things that successful people won’t ever say.

Instead, any successful professional work on a prioritization system. If any task is a necessity, they will do it first, and less prioritized work will be left for later. This attitude of doing things on time without procrastinating is what makes them stand out from the crowd.

This has to be the most clichéd line in the history of motivation. But it’s true.

Nelson Mandela once said, “A winner is a dreamer who never gives up.” This quote precisely describes the attitude of any successful people who has ever lived on this planet. Undoubtedly, successful people fail. But what they do is learn from their mistakes rather than giving up.

The best example of a “Never give up” attitude can be extracted from this Thomas Edison’s quote: “I have not failed. I have found 10,000 ways that won’t work.” Many famous people such as Jack Ma, J. K. Rowling, Oprah Winfrey, Steve Jobs, etc. have set an example and proved that the successful among us never say “I give up.”

Therefore, never give up. Either win or learn.

I have been following this internet-famous successful-entrepreneur named Gary Vaynerchuk for quite a time. One thing I have heard him say quite a few times is “It’s all my fault.” And this is one of the traits most successful people possess.

Successful leaders never blame others; they take all the blames on themselves. By doing so, they inspire others in the team to do the same and create a positive environment.

All in all, “It’s not my fault” is something you will never hear from any successful leader.

Successful individuals tend to set higher standards for themselves as well as their team. They are constantly on the lookout for new opportunities which will lead them towards betterment. In short, they never settle. They never say “I’m satisfied.”

To prove this point, let me share a story.

When engineers working on the very first iPod completed the prototype, they presented their work to Steve Jobs for his approval. Jobs played with the device, scrutinized it, weighed it in his hands, and promptly rejected it. It was too big.

The engineers explained that they had to reinvent inventing to create the iPod, and that it was simply impossible to make it any smaller. Jobs was quiet for a moment. Finally he stood, walked over to an aquarium, and dropped the iPod in the tank. After it touched bottom, bubbles floated to the top.

“Those are air bubbles,” he snapped. “That means there’s space in there. Make it smaller.”

5.I’m young, and have plenty of time

This again comes back to the first point. Time is limited, use it wisely.

Successful people understand the value of “regret” very early in their life, and hence have a sense of urgency in their lives. This impatience leads them to do more and more things, each and every day.

In short, they start early in the process, they seize every day, and eventually succeeds.  This drive enables them to achieve the mindset we are discussing in this article.

6.I hope I make it big someday

Hope is a sign of optimism, but optimism is hypothetical. This is another thing successful people understand early on in their life. Therefore, instead of hoping, they do.

Dedicate yourself to doing what you love, add a certain level of risk to it, and see yourself succeed.

7.I could never be my own boss

No one has ever made it by working for others, and successful people certainly know that. A belief of being one’s own boss is always there in those who tend to succeed.

Focus on your strength, work on your weaknesses.

Be ready to leave your comfy cubicles, and hustle. Reaching altitude demands sacrifice. And most importantly, believe in yourself, and never say “I could never be my own boss.”

8.I am not talented enough to be successful

Self-doubt is never a part of any successful career. Even the best of the best are not perfect; they have their inabilities. But what they do with those weaknesses sets them apart.

Rather than dodging their ‘nontalent,’ successful people confront them, unlike the mediocre.

Successful professionals develop their talents, or they hire appropriate people, but never doubt themselves, and ultimately wins.

9.There’s no such thing as a new idea anymore

Believing there’s no such thing as an original idea anymore, and pondering on it is a sign of weakness. Adding something to a previously built approach, or using the same idea in a different niche is also revolutionary, and we have witnessed it many times. Hence, don’t believe “There is no such thing as a new idea,” and try to connect the dots.

“There is no such thing as a new idea. It is impossible. We simply take a lot of old ideas and put them into a sort of mental kaleidoscope. We give them a turn and they make new and curious combinations. We keep on turning and making new combinations indefinitely; but they are the same old pieces of colored glass that have been in use through all the ages.” – Mark Twain.

10.I’m an imposter, and one day people will figure it out

Successful people are transparent, they are original, they have their own principles, and hence they never have any doubt on their authenticity. Therefore, they never have an inch of uncertainty about being a pretender/imposter.

Let’s end up this point as well as this article with one of my favorite quote on originality.

How to Manage the Risk in the Market

Author startupurbanPosted on May 22, 2021May 27, 2021
To get a desirable result, traders have to manage their risk in the market. Because, being a trader, if you can minimize your risk,...
Read More

Author startupurbanPosted on August 10, 2020August 10, 2020
A startup is basically a newly formed small business started by a group of people or one individual. The main difference between a startup...
Read More

Grow Your Online Business with These Hacks

Author startupurbanPosted on August 16, 2022September 10, 2022
As an entrepreneur, undermining the importance of the virtual space is arguably the biggest mistake you can make. It is because generation X and...
Read More

A Guide to Renewing Your Australia Visa

Author Puneet TripathiPosted on January 14, 2022October 17, 2022
Your company may ask you whether you want to prolong your stay if you’re in Australia on a tss visa. Even though your stay...
Read More

Author startupurbanPosted on July 26, 2022July 26, 2022
When you are a fleet owner, it is important to maintain your vehicles because it is part of running your business. Your operations can...
Read More