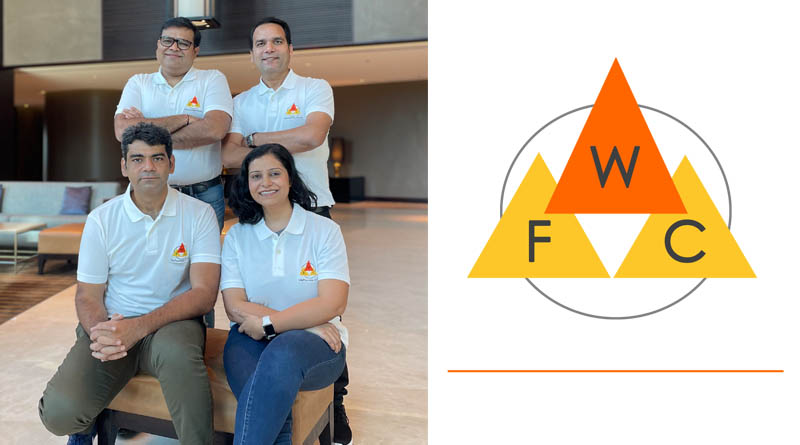 We Founder Circle (WFC), A global community of renowned founders and investor angels, has successfully invested in 30 startups across 10 sectors in the first year of its operation. We Founder Circle is a founders-led early-stage startup investment platform founded in Mumbai last year. Unlike other investors and investing platforms, We Founder Circle Directly connects entrepreneurs with potential investors who are interested in their startup and believe it to be successful in the future. These potential investors are also people who have been founders of successful startups themselves. WFC provides seed funding, business development, and global networking opportunities to startups as it believes early startups need support in other sectors too, in order to attain stability and scalability. This business model not only accelerates investments but also promotes founders-turned-investors to back budding entrepreneurs like themselves. The platform has been able to amass a total fund worth $12 million across the investment deals.

We Founder Circle has enabled the majority of their investments in the Consumer D2C Sector, followed by AgriTech, Fintech, EdTech, and other varying fields. The platform helps the investments through a strong network of over 2000 plus Angel investors across the world. Also, the brand is also prioritising empowering women entrepreneurs that are constituting around 30% of WFC startup portfolio.

Amit Tyagi, cofounder of iServeU Tech, Abhishek Gupta, CEO of APAC & ME, Turbotic, Dr. Aloknath, veteran technologist, Dravya Dholakia, founder of Dholakia Ventures, Siddharth Shah, MD of Rajesh Motors, Ankur Jain, MD of Eminent Hyundai, Hitesh Dhawan, Founder of Neuronimbus, Gaurav Juneja, Textile Entrepreneur Have been some of the top investors who have participated in multiple investments throughout this past year. 20% of the WFC

“Raising and developing a start-up requires a lot of tangible and intangible support. While you are entering into entrepreneurship, you look for an investor that would understand the early hindrances, and mentor you sharing the same wavelength. WFC built this model to fill in the long-existing gap and mark its success, it today stands and proud, successfully closing 30+ investment deals in its first year of incorporation itself. The start-ups are seeing impressive growth and more than 25% of them raised their next round of funds within 6-7 months of investment with our help.” said Mr. Neeraj Tyagi, the Co-founder and CEO of We Found Circle.

Community Builder and one of the Co-founders of We Founder Circle, Mr. Gaurav VK Singhvi, has been spreading awareness about the angle investment and start-up mentoring start-up community across the country. He has taken numerous masterclasses on angle investment becoming the asset class investment in cities like Nagpur, Raipur, Surat, Vadodara, Jaipur, Dehradun etc.

“Within the first year itself, our investing platform has expanded its reach across 16 countries across the world. Despite the pandemic, we were able to attract angels from various geographies to partake in the startup investment deals. 15% percentage of the funds have been partakes in by foreign investors,” said Ms. Bhawna Bhatnagar, Head of Global Partnerships & Co-founder, We Founder Circle

We Founder Circle has taken a lot of strategic decisions to become the first investment platform to close 30+ deals in its first year of establishment. The recently launched global accelerator programme ‘EVOLVEX’ further accelerated the launchpad for the latest 6 deals in the last quarter of the running calendar year. The platform aims at bagging 60 deals (nearly double this year) in the upcoming year of 2022.

ArtyCraftz listed over 24,000 products on its Platform

Author Surbhi GoyalPosted on July 15, 2020July 24, 2020
COVID-19 has forced us to bring about many changes in our lifestyle and masks is one such change. Considering the importance of masks in...
Read More

Author startupurbanPosted on July 25, 2020July 25, 2020
Before the crisis of COVID-19, the whole scenario and situation were completely different. But after this pandemic situation, the overall sales of different restaurants...
Read More

Author startupurbanPosted on June 25, 2020June 25, 2020
Droom has initiated a great major by allocating rupees 1 crore in CSR for India’s real heroes’ well-being. In this catastrophic situation, this germ...
Read More

Author startupurbanPosted on July 21, 2019July 21, 2019
Ecozen, an agri-tech start-up based in Pune, has developed different technology-enabled products to help over 20,000 farmers in India. It’ll raise the sum of...
Read More