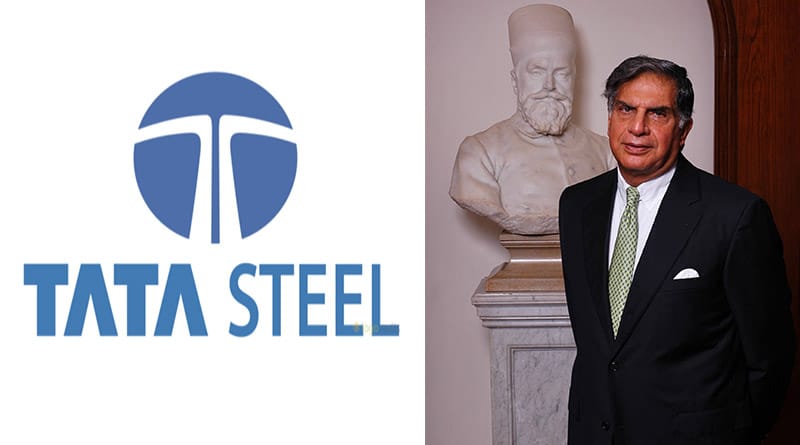 Tata steel is known as the greatest company in Indian history and the most interesting thing about the company is that it has been the major pillar of the Indian economy for more than 114 years. These 114 years included the most historic and important times in world history that included two World Wars, The Great Depression, as well as the four National Wars. Regardless of these turbulent times, Tata Steel remains firm and ultimately managed to become a dominating effect in the World Steel Industry. Now, the question comes as that how Tata Steel became such a powerful company and how did it manage to remain a dominating force, especially during the British Raj.

HOW DID IT ALL START-

In the time of 1880s in India, Jamshedji Tata used to travel all over the world in order to understand various advancements and technologies in the Textile Industry. During his traveling, he attended a lecture given by Thomas Carlyle, a British Philosopher, where Thomas Carlyle made a statement that ‘A nation that understood the value of iron would reap its weight in gold, and by this statement, Jamshedji got so inspired that for the next 30 years until his death, he worked with great effort and energy in order to set up the Iron and Steel Plant in India. As the 1860s was the most significant period of the 19th century, and however at that time railways were the revolutionary invention, its operational and expansion expenses were too high. The reason behind the high expenses was the cast iron used to lay the railway tracks were too costly, could not carry a lot of loads, and also required a lot of maintenance whereas Steel production was even high than cast iron because of which steel was used in small quantities in tools like swords and cutlery. But in the year 1856, a British engineer named Henry Bessemer invented a cost-effective technique to manufacture steel in bulk, which reduced the cost of steel production by 82% that is from 40 pounds to just 6-7 pounds per long ton. This invention itself catalyzed the whole industrial revolution in the Western World.

In the next 10 years, Steel became a common purpose material that was used in every important aspect of development, starting from construction to railways. Steel was not just revolutionary for its cheap production, but when it was used for railway tracks, it could carry way more load as compared to that of cast iron as well as the maintenance of railways became very cheap. After coming back to India, Jamshedji started reading and researching every report of every renowned geologist in order to determine iron ore deposits in India, for this Jamshedji and his team spent 17 years finding and collecting samples of iron ores, and at the same time, he was managing and expanding his Textile business. After finding 3 billion tons of iron ore, India embarked on its journey to participate in the Steel Revolution of the world. After Jamshedji passed away in 1904, his brother along with his son, Dhurabji Tata took his dream forward and ultimately Tata Steel Ltd. Was incorporated in the year 1907 with the name Tata Iron and Steel Company Ltd. In the period between 1920-1939, every industry starting from America to British Colonies witnessed major labor strikes but amidst all of the chaos where every industry witnessed dozens of labor strikes throughout the great depression, the Tata’s didn’t witness a single labor strike throughout the Great Depression after 1929.

Targeting Innovation, Technology, Sustainability & People, the Company strives to be the global steel industry benchmark for value creation and corporate citizenship and become the most admired brand in the metals and minerals space. Today, Tata Steel’s consolidated India crude steel production capacity is valued at 19.6 MnTPA along with manufacturing facilities in Jamshedpur in Jharkhand, Kalinganagar, and Dhenkanal in Odisha, Sahibabad in Uttar Pradesh, and Khopoli in Maharashtra. Recently, Tata Steel has commenced the phase 2 growth of its Kalinganagar steel plant to 8 MnTPA. Tata Steel efficiently offers 16.26 MnTPA of steel to the Indian market in FY 2019, witnessed an increase of 34% over the previous year due to the acquisition of Bhushan Steel (now renamed as TSBSL) and a ramp-up at both Kalinganagar and Tata Steel BSL.

Further, the Company has several downstream product extensions with manufacturing facilities for Wires, Tubes, Bearings, Agriculture Equipment, and Industrial By-products. It also has a Ferro-alloys and Minerals division and a heavy-duty engineering and fabrication unit, Tata Growth Shop. In Europe, Tata Steel is the biggest steel producer with a crude steel production capacity of over 12.3 MnTPA. It established its presence in the European continent after acquiring Corus in 2007. With steelmaking facilities in the UK and Netherlands and downstream plants across Europe, it supplies high-quality strip steel products to demanding markets such as automotive, construction, packaging, and engineering. In South-East Asia, Tata Steel operations began in 2004 with the acquisition of NatSteel, Singapore. In 2005, it acquired a majority stake in Thailand-based steelmaker Millennium Steel, which further strengthened its South-East Asian operations. Tata Steel Limited, with a revenue value of US$ 22.67 billion in FY 2019, became a leading global steel company with an annual steel production capacity of 33 MnTPA.

Rent for years, months, or days with Rentmystay