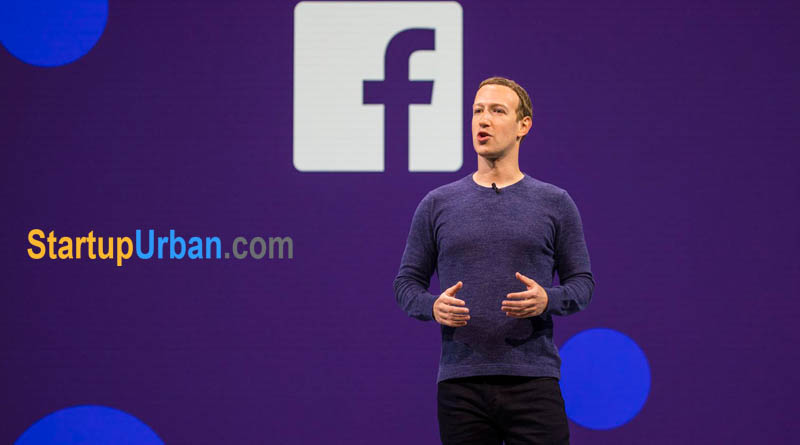 Mark Zuckerberg is a prominent name in the digital market today for his innovation, Facebook. This 32-year-old CEO has achieved a lot in his young age.

There are about billions of active members on Facebook, and he donated a lot through the Chan Zuckerberg Initiative for medical research. It’s true that he stands out from the crowd, but he is also a human being and a little weird like us. Here are some of the weird facts about the Facebook founder.

He was all set to join Microsoft

During his school days in the senior year, he formed an app named Synapse Media Player. This MP3 player kept a record of the favourite songs of the user, and the playlist was created based on their favourite. It was basically like Pandora or Spotify. Microsoft wished to acquire it along with its founders, but the founders, Zuckerberg and Adam D’Angelo moved forward to found Quora. They also proceeded to college.

He began his inventions since middle school

ZuckNet was the first creation of Zuckerberg, and he created it at the age of 12 only. This instant message app allowed his father, a dentist to keep track of his patients.

His pop-culture taste is weird

The Aeneid is the favourite book, and The West Wing is the beloved TV show of Zuckerberg. The director of The West Wing, Aaron Sorkin also made a movie about Facebook’s creation named The Social Network.

He is known for being flexible

Zuckerberg has an aesthetically pleasing home that works based on AI butler having the voice of Morgan Freeman. Even though he had such facilities, he went on to declare in an interview with The New Yorker in 2010, that all his apartments were found from Craigslist.

His eyesight is the reason for the Facebook logo

The blue logo of Facebook came into existence due to the red-green colourblindness of Mark Zuckerberg.

Not many may know, but Zuckerberg has an interest in the ancient language, Latin. Moreover, he also speaks Mandarin fluently.

His first meeting with his wife was a little weird

Zuckerberg and his wife, Dr. Piscia Chan are now world famous philanthropists, but their first meeting was in a bathroom line during their fraternity party at Harvard.

Zuckerberg is pretty much inspired and admires the bold leadership style of Apple’s founder Steve Jobs. Inspired by him, in his first business card he wrote, ‘I’m CEO, bitch.’

Even though he is on Twitter, he is not that active. He has tweeted only 19 times since 2009.

He dares to laugh on himself

Many people often know Zuckerberg to be awkward, but Andy Samberg impersonated him in the Saturday Night Live. However, he went to the extent of writing an appreciation post about it.

He is a fitness freak

Zuckerberg is one hell of a fitness freak. In 2016, he set a goal that within a year, he would complete a goal of running 365 runs. Even though the goal was for the whole year, he achieved his goal just by the middle of summer.

Pablo Picasso and Albert Einstein are his inspiration

He does have his favourites marked on Facebook. His favourite quotes from Einstein include “Make things as simple as possible but no simpler” and the insight of Picasso, “All children are artists. The problem is how to remain an artist once you grow up.”

Zuckerberg has a dog, and it’s a celebrity

Leave aside Zuckerberg, his Hungarian sheepdog, Beast has several fan pages in Facebook, and the page has about 2 million likes. His daughter is a fan too. The first word that Max said was ‘dog.’ He posted about it also.

About a dozen people monitor and manage his Facebook page

While we alone can do it, Zuckerberg, the founder of Facebook has a team of about 12 people who control his Facebook account. All of them write his posts, keep a check on his comments and then posts the pictures that he has taken.

He is a good friend of Vin Diesel

Zuckerberg is a good friend of Vin Diesel. Vin Diesel gave an interview with The New York Times. In this interview, he revealed that they used to hang out on Facebook two years ago, and they were very much excited about the film, Fast 7. He also added he would love to see the movie, the return of Xander Cage. Even he felt embarrassed when he quoted a line from his film slightly wrong, and Mark corrected it.

His height is less than what he appears

Zuckerberg is only five feet and seven or eight inches. But actually, he seems to be taller in his photos. It is all due to the position tricks that he uses. In one of his posts of New Yorker 2010, it was revealed that he was five feet eight. But he looked taller because he used to stand with his chest out and his back straight. It seemed like he held up by a string. The writer of Wired, Graham Start has said that Zuckerberg uses some tricks such as standing close to the camera and holds himself higher so that he appears taller.

Zuckerberg is famous for wearing his T-shirt, hoodie, jeans and Nike sneakers. No matter how easy it seems, his grey T-shirt costs about $300-$400.

If as a user you want to block Mark Zuckerberg on Facebook, you cannot. The same applies to Priscilla Chan. Although you can unfollow them, you cannot prevent them.

He has a budget for security

During the year 2017, nearly $7.3 million was spent on keeping Zuckerberg safe. The US Securities and Exchange Commission received the funding figures from Facebook. Back in 2016, Facebook had spent about $4.9 million for the security of Zuckerberg.

His taste in cars is inexpensive

When it comes to cars, Zuckerberg is not so much interested. He has a cheap taste for cars. It is reported that he is driving $30,000 Acura RSX and Volkswagen Golf GTI.

BunnyBash - A Boost to the Party eCommerce Industry

Ketan diamonds : Venture of purity in the luxury market

Author startupurbanPosted on July 26, 2022July 26, 2022
When you are a fleet owner, it is important to maintain your vehicles because it is part of running your business. Your operations can...
Read More

7 Tips For a Smooth Office Relocation

Author startupurbanPosted on July 26, 2022July 26, 2022
Moving to a new office space is an exhilarating time for any business, and it does not have to be a tiring one. Relocating...
Read More

A Guide to Enhancing Productivity

How to Plan and Start a Business in India﻿

Author startupurbanPosted on January 24, 2019January 24, 2019
Entering into the business world is a dream for many. However, it is not as fascinating as it may sound. The initial period of...
Read More

How To Choose Plus-Size Workout Clothes

Author Puneet TripathiPosted on July 6, 2021July 6, 2021
Below are the essential aspects of being considered before purchasing the Workout clothes: Textures For exercises, you should search for garments made utilizing lighter...
Read More