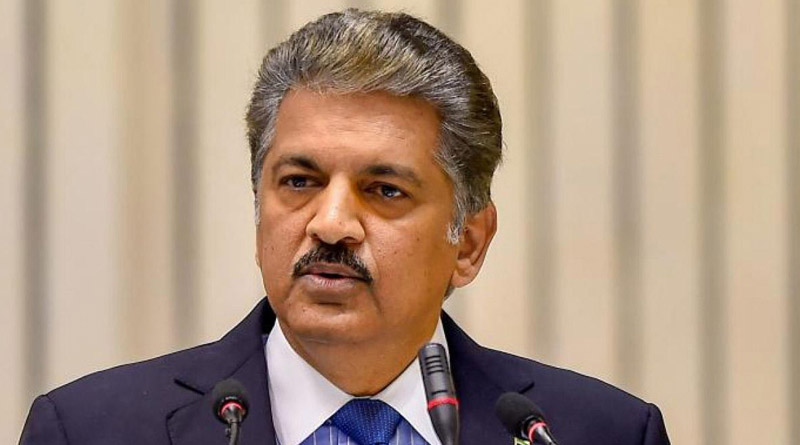 Mr.Anand Gopal Mahindra is an Indian Billionaire. He is also the chairman of a renowned company is known as Mahindra group, whose base business is in Mumbai. Mumbai is also his birthplace and the hub of his whole business empire, the field of his work includes aerospace, defense, energy, industrial, farm equipment, real estate, retail work, construction, hospitality, information, and technology. Mahindra and Mahindra’s co-founder was Jagdish Chandra Mahindra whom grandson is Anand Mahindra. His alma mater is Harvard University Harvard Business School. He is also a helping hand in the establishment of a non-government organization that is the support system for the education of unprivileged girls in India. He is also included as World’s 50 Greatest Leaders by Fortune Magazine. He is also honored with Asia’s 25 most powerful business people. During the year 2013, he was also sanctioned by Forbes India as Entrepreneur of the Year. In January 2020, the highest Civilian Award of India Padma Bhushan was awarded to Mr. Anand Gopal Mahindra. He is also the Non-Executive Chairman of Tech Mahindra Limited.  There is an expansion in his work tenure both domestically and internationally into various industrial sectors related to agriculture, automobiles, aerospace, and IT. There is numerous enclosure amongst the group which is holiday club resorts, electric car company, computer services, aero staff, motorcycles.

Across the globe he has served various bodies:

He is one of the famous investors in India on board for the National Investment Promotion and Facilitation Agency. The best tractors and sports utility vehicles named Scorpio and Bolero are Mahindra’s well-known products. He also owns a stake valuable small business in Kotak Mahindra Bank. To the late Harish Mahindra and Indira Mahindra, the finest late industrialist of Mumbai in the year 1955 on 1st May Anand Gopal Mahindra was born. His schooling was completed at Lawrence School, Lovedale, his MBA degree was granted from Harvard School.  As an Executive Assistant to Finance Director in 1981, he joined Mahindra Ugine Steel Company (MUSCO). The MUSCO was appointed as the President and Deputy Managing Director. He played the main role to initiate the Group of Mahindra into the diversification into the new business ground of real estate development and hospitality management. As a producer of tractors for agricultural tractors and off-road vehicles Anand Mahindra took on the role of Deputy Managing Director of the group Mahindra and Mahindra Ltd. While in 1997 he was appointed as the Director for Managing board and then in row 2001 Mahindra and Mahindra elected him as a Vice-Chairman. From Keshab Mahindra he took over the role of Chairman as the board and Managing Director of the Mahindra Group from his uncle in the year 2012.

During the time of 2016, Anand Mahindra was re-elected and designated as Executive Chairman of Mahindra and Mahindra private limited and continued as the Chairman of Mahindra Group. Kotak Mahindra Finance was promoted by Anand Mahindra. In the year 2013, he remained stayed as a non-executive director of the Kotak Mahindra. In today’s time, Mahindra Group is a billionaire organization, which is included in the top 10 India’s industrial houses. By the Economist of Indian capitalism, Anand Mahindra has been tagged as the best face. Anuradha who was a journalist and even, later on, launched a magazine, Verve tied the knot with Anand Mahindra. Currently, also she is the editor of the magazine Man’s World and verse. They have two daughters. He had pursued in film making as per his interest at Harvard University. He is also a keen photographer with an interest in films. He also has an interest in listening to blues so he sets up Mahindra Blues Festival annually that been held in Mumbai since 2011. Anand Gopal Mahindra also provokes arts and culture. He has also set up an award platform called Mahindra Excellence in Award theater. There is an annual craft exhibition and art event held in Lucknow in Mahindra Sanat Kada.

Author startupurbanPosted on September 13, 2017July 13, 2020
In India, so many businesses have established in several rural and urban areas which are run by non-English speaking entrepreneurs. That is why they...
Read More

Author startupurbanPosted on September 28, 2019September 28, 2019
Founder – Manish Gupta Website – Uincept How beautiful is it to share your experiences with people who have the same dreams as yours?...
Read More

Author startupurbanPosted on October 6, 2017July 13, 2020
Most of the time inception of a startup is the story of your own life. Similar is the case of the IIM-A graduate, Amit...
Read More

A brand that has changed the Instant Tea game forever

Author startupurbanPosted on September 22, 2021September 22, 2021
Founder – Kartic Sharma Website – Tea Bro We are standing in an era of the internet and digitalization where today’s generation instantly wants...
Read More