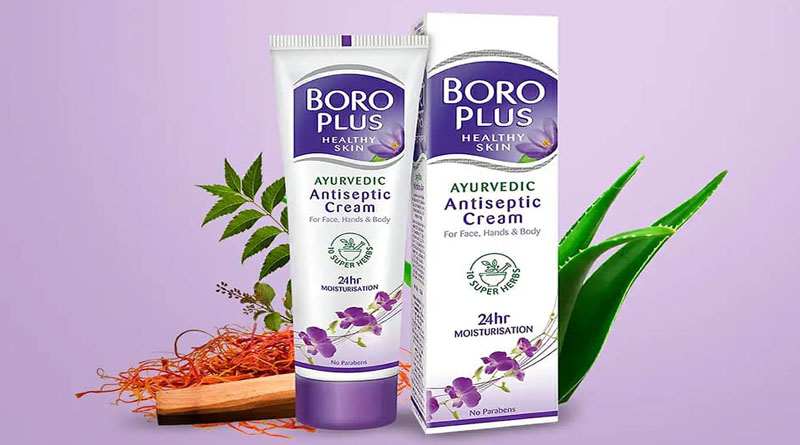 Boroplus is not only the antiseptic cream but the first choice of the whole country. Apart from Indian consumers foreign customers also prefer this product in Russia and Ukraine. The journey of boro plus advertisement has attained worldwide recognition just like the product preference. Emami Ltd in the year 2020 June, company announced its plan to indulge in the personal hygiene scheme under the leadership of the Boroplus brand. In the public gathering, the FMCG expressed the idea regarding the transformation of Boroplus, which is a skincare cream that is generally made for winter purposes. The variety of this cream includes skincare products such as hand wash, soap, and facewash it is all in one brand, and using this article reduces the dependency on offerings made in various seasons. The journey of Boroplus was quite decent without any advertisement, it was to provoke the brand’s natural consistency.

The base company as traced by history is Emami Group that gave a highlight of two childhood friends R S Goenka and R S Agarwal left their highly renowned profession of a charted accountant. With the total amount of 20,000 in the pocket, they set up a chemical firm Kemco, in the year 1974 in Kolkata, cosmetic manufacturing, and an Ayurveda medicine firm. In the late 70s, the market of India that is FMCG was further dominated by multinationals such as Unilever on a large scale. Manufacturing of natural cosmetic and ayurvedic products was driven from Kemco, which made the class for working for the population of India by affordable make. With the blend of Ayurveda along with the modern technology of science and knowledge they led a thought of winning the combination, the factory was connected with the production of numerous self-care articles. The partnership company was converted to a Public Limited Company in the year 1995 along with Kemco Chemicals. Public Limited Company was named under and styles of Emami ltd in the duration in 1998, Emami Ltd was combined with the other company named Himani Ltd, and the name of the firm was changed on September 1, 1998.

The study of India’s traditional mindset and focus towards Ayurveda, the ground for ayurvedic products soon splashed all over the country and was followed by the general public. After ten years of establishment of the firm with the leadership qualities Boroplus Antiseptic Cream under the roots of Himani group in the year 1984. In a row, after the launch of Bro plus prickly heat powder, many brands followed the trend in the marketplace. Emani spread its root across the country and soon one and only Boroplus became the largest selling Antiseptic Cream all over India along with Russia, Nepal, and Ukraine. The philosophical business of Emami Limited was reflected through its wider range of products and flagged the logo of making naturally healthy and beautiful people.

After the establishment of the popular Emami company that was a strong celebrity support brand, especially the winter products like Boroplus winter cream and Navratan Big B the most renowned personality Indian cinema could be visible in the advertisement of this article while asking customers to purchase the beneficiary product with the good qualities of Ayurveda with the tag lines to take proper care of their skin. Even the brand took the strongest position in the field of Ayurveda and antiseptics.

Even the Himalayas was visualized for the enhancement of the products so that customers get attracted. The Bollywood diva Kareena Kapoor as brand ambassador in the year 2005 to promote the goodness of the Boroplus, that took the amount of 100 crores followed by the aim to make this product an all-in-one skincare brand till 2007. Again in 2009-10 companies came up with the new product that was launched by the name of Boroplus Winter Lotion and Emami Malai Kesar Soap in the marketplace. The firm’s net sale crossed across 1000 crore milestone in the year 2010. Then in 2011 company launched another advanced skincare product as a sun protection lotion. While following the track of healthy skin, there were 7 powerful herbs included in the Boroplus Sun Protection. The brand comprises of all-season brand foe net worth 400 crores were

Emami also expanded its roots in the digital medium to reach the newest generation with the brand’s working portfolio. Boroplus came on Instagram the most trending social media application in the year 2020 and even managed to calculate 400 followers to date. They also included the campaign announcement with the various conversational platform. The visible amplify reached with visibility of the product. Boroplus product speaks of purity, authenticity, trust, and follows the responsible advertisement norms. With the help of Bollywood celebrities, Emami Ltd helped the company take a forward step in the market.

With employment lawyers, you can save both time and money!

Namyaa – Rejuvenate your skin and beauty with natural and organic products

Author startupurbanPosted on April 20, 2021April 20, 2021
Today’s modern women are drawn to natural beauty products. If you are also inspired to green your beauty routine, Namyaa should be your ultimate...
Read More

How Indians enjoy a different flavour of yogurt – Epigamia

Author startupurbanPosted on December 4, 2021December 4, 2021
Epigamia is a 100% natural and eco-friendly food manufacturing company. It rightfully prides itself on preparing goods that are free of preservative, artificial flavour,...
Read More

Author startupurbanPosted on April 8, 2022April 8, 2022
Women have the power to create the world. They have wings to fly, but while flying they have to face lots of problems related...
Read More

Author startupurbanPosted on October 8, 2021October 8, 2021
The modernisation of the beauty industry is ironically becoming more and more dependent on traditionalising beauty products. When given the choice, the modern woman...
Read More

Author startupurbanPosted on December 18, 2021December 18, 2021
The LG Soundbar has introduced its most recent soundbar with an upward-firing center speaker which is the first of its kind. It offers a...
Read More

Author startupurbanPosted on January 6, 2022January 6, 2022
The face wash is a skincare product that is applied to remove make-up, dead skin cells, oil, dirt and other types of particulate matter...
Read More