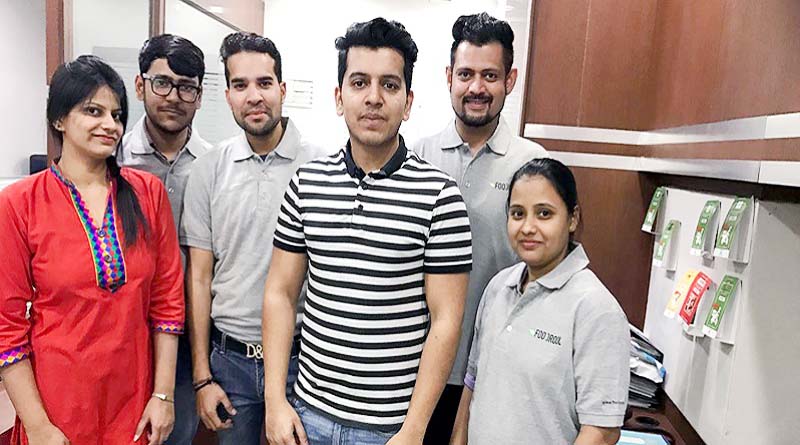 Inspiration can come from anywhere. In the case of Tanmay Garg, it was a night in 2015 which galvanized Tanmay to embark FooDrool. 21-year-old Tanmay, with some of his friends, were frustrated with extreme hunger in the middle of the night.

Just like anybody would think, they decided on ordering food online. To their disappointment, the food came in rather late. Over and above that, it was not what they had ordered. Dissatisfied, they spoke to the restaurant manager. The manager did not take responsibility for his mistake and hung up on them saying they should start their own venture.

This experience was the birth of a new idea in Tanmay’s mind. He decided on setting up his own platform to facilitate delivery of food even after midnight. This venture was named FooDrool.

FooDrool is now a delivery platform which assists one in ordering food in Delhi from various five-star restaurants. FooDrool delivers food up to the radius of 12 km.

Despite being a startup, they were clever enough to take care of many things including a special apparatus so that the food does not turn cold during winters. In summers, they make use of bags which are able to keep food hot and fresh for more than one and half hours.

Initially, it was obviously difficult for Tanmay to convince these great restaurants to choose them. But all the hindrances did not shake the faith of Tanmay and his 29-year-old sister-in-law.

Now FooDrool also earns revenue by delivering food on behalf of the restaurants they have a tie up with.

FooDrool was an excellent team of only two to three support employees. Though you’ll find the tech outsourced to a developer in this team. These competent professionals are expert in building awesome websites.

In India, more and more startups are developing in this field and hence, the market for online food delivery is expanding day by day. These include the recently launched UberEats and Swiggy. UberEats is currently operating only in Mumbai, but it soon plans on working throughout India.

So it can be said that FooDrool will be offered cut throat competition in the coming years. This can be copied only if FooDrool comes up with new and innovative strategies which will build as well as enhance their customer loyalty.

There have been many consolidations and shutdowns in the food delivery market. Despite this fact, statistics tell us that there has been 150% growth in the market as compared to last year.

Strategies are what keep you ahead

‘Intelligence is quickness in seeing things as they are’- keeping this in mind, Tanmay was sharp-witted and did not tie up with every restaurant out there. Instead, he kept in mind various factors like costs and revenue streams while taking the tie up decisions. That is the reason the business succeeded and grew despite the hindrances.

Because of their good sense in business, FooDrool has witnessed the six-fold jump in their revenues. They now plan on expanding their business all over India. Let us see if this venture will grow to become one of the most outstanding food delivery platforms in India.

Author startupurbanPosted on March 4, 2018April 6, 2021
History TV 18 is one of my favorite channels when it comes to Television. I, as an individual am often intrigued and attracted to...
Read More

Now self-branding and creator’s monetization is easy with Expy

Author startupurbanPosted on July 26, 2021July 26, 2021
Founder – Vincent Chaglasyan Website – Expy We are standing in an era of digitalization where a particular business cannot survive without a branding...
Read More