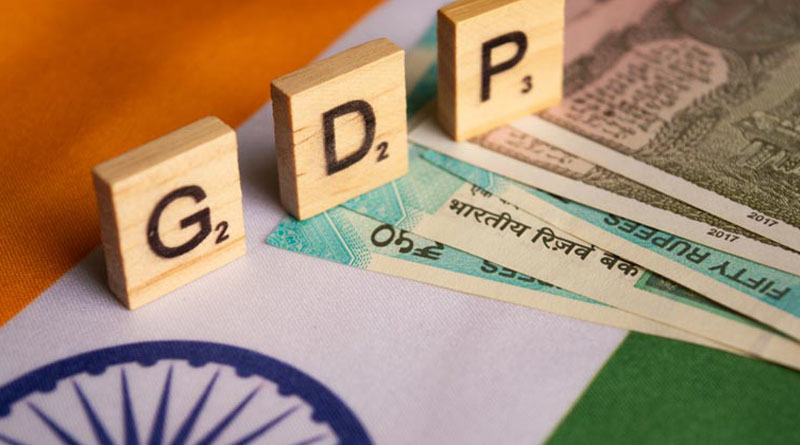 Before starting off with this topic, let’s find out what GDP is. GDP or gross domestic product is the most commonly used measure for the size of an economy. GDP can be combined for a country or region or for several countries combined as in the case of the European Union. The GDP is the total of all value-added or created in an economy. The value-added means the value of goods and services that have been produced minus the value of the goods and services needed to produce them, the so-called intermediate consumption.

As well as being useful for analysis GDP can be used as a reference for many other types of statistics:

A common indicator when looking at the competitiveness of different economies is research and development intensity which is calculated as expenditure on RND divided by GDP, expressed in percentage. RND and GDP are both measured in The same monetary unit and so the resulting ratio is easy to compare across time and between countries.

Another usage of GDP is when considering how much governments borrow or lend during a year and how much public debt, or the money owed by the government, has built up over time. thus GDP is a very major factor considered while carrying out domestic economic surveys.

Now that we’ve discussed GDP and its applications, let’s take a look at India and its economy. But first, let’s go back in time a little.

The Indian economy was in shambles at the brink of the country’s independence. Being a colony, India was fulfilling the development needs not of herself, but of the colonists’ country. The state, which should have been responsible for breakthroughs in agriculture and industry, refused to play even a minor role in this regard. On the other hand, during the half-century before India’s independence, the world was seeing accelerated development and expansion in agriculture and industry, on the behest of an active role being played by the states.

The Britishers never made any significant changes for the benefit of the social sector and this hampered the productive capacity of the economy.

During independence, India’s literacy was only 17% with a life expectancy of 32.5 years. Therefore, once India became independent, systematic organization of the economy was a real challenge for the government of that time. the need for the deliverance of growth and development was in huge demand in front of the political leadership- as the country was riding on the promises and vibes of nationalism. Many important and strategic decisions were taken by 1956, which are still shaping India’s economic journey. Today, India is ranked the 7th largest economy, and 3rd largest in terms of purchasing power parity (PPP). The Indian economy’s GDP is pegged at 2.9 trillion dollars. At a press conference finance minister Arun Jaitley commented, “We keep oscillating between the 5th and the 6th largest economy depending on the dollar rate. As we look at the years ahead, we will be 5 trillion dollars by 2024 and 10 trillion dollars by 2030 or 2031.”

Let’s take a look at some of India’s top-performing sectors in its economy.

One of the most important sectors of the Indian economy remains agriculture. Its share in the GDP of the country has declined and is correctly at 14%. However, more than 50% of the total population of the country is still dependent on agriculture. Keeping this in mind the union budget of 2017- 2018 gave high priority to the agricultural sector and aimed to double farmers’ income by 2022.

The industrial potential of India has increased since 1991. The proliferation of industries from traditional iron and steel to jute and automobiles has propelled this sector. Several steps have been taken by the government to keep this progress going on.

Food processing has emerged as high growth, high-profit sector and is one of the focus sectors of the Make in India initiative. The vast availability of raw materials, resources, favorable policies, and numerous incentives have led India to prosper in this sector. With a population of 1.3 billion an average age of 29, as well as a rapidly growing middle-class population that spends a high proportion of their disposable income on food, India boasts a  large consumer base.

This sector has benefited the most from the new economic policy. Banking, finance, business process outsourcing, and most importantly information technology services have seen double-digit growth.

Guided by unwavering democratic credentials and strong government leadership, India is emerging as an economic superpower. With a vibrant climate in the fields of Information Technology, startup, and digitising the country’s framework, India has a bright future ahead. The NITI Aayog Release the comprehensive document titled “Strategy for New India @ 75” to make India a $five trillion economies by 2030.

Black Friday Sale 2021 and how it works in India

8 Types of Engagement Rings for You to Choose From

Author Puneet TripathiPosted on September 29, 2021October 23, 2021
A diamond is unquestionably timeless. It is not simply another piece of jewellery to be worn at special events; it is the hardest rock...
Read More

Author startupurbanPosted on November 25, 2021November 25, 2021
It is exciting to start a new business, to become wealthy, and to be completely independent. It is also something challenging, and one of...
Read More