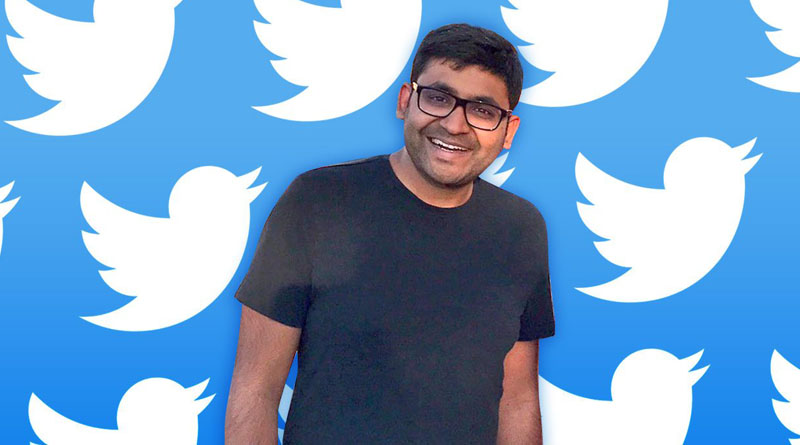 An Indian immigrant and a respected alumnus of IIT Bombay, Parag Agrawal has taken the tech world by storm after being declared as the CEO of Twitter, succeeding Jack Dorsey. Here’s the detailed version of his path to the throne.

After the stepping down of Jack Dorsey as the CEO of Twitter, The mantle has now been passed to Parag Agrawal, the latest name in the tech world. Agrawal, who’s been with Twitter for the past 10 years (joined in 2011), most recently as CTO (Chief Technology Officer). But the road to Twitter’s most volatile position does not come without its own back story.

Parag Agrawal is currently 37 years old, immigrated to the United States of America in 2005. He did his bachelor’s in engineering in computer science in India, completing which he moved to the United States for further studies for his doctorate. He did his basic schooling at Atomic Energy Central School. Parag’s mother is a retired school teacher and his father was employed in the Atomic Energy sector where he held senior positions. Twitter helps in giving a more detailed background of Parag’s studies, “Parag has obtained a Ph.D. in computer science from Stanford University and a bachelors degree in computer science and engineering from the Indian Institute of Technology, Bombay.”

Before joining Twitter, Parag briefly worked at Microsoft, AT&T, and Yahoo. In all three companies, his work mostly was mostly research-based. Initially at Twitter, he worked on ad-related products but began drifting towards artificial intelligence. He was once part of the companies TAG group which oversaw all the new products and technologies that were being developed at Twitter. In 2019, Dorsey announced a decentralised social media project called “Bluesky” and Parag was summoned to take the reigns.

Parag had a long history at Twitter and has been a part of Dorsey’s inner circle. He became CEO after Dorsey announced his resignation. The move to make Parag the successor was apparently already in the works. The board of Twitter was already looking for a replacement for Jack Dorsey who has faced perhaps one of the most tumultuous reputations a tech company can as CEO. They went for Parag who was already liked by Dorsey and thus, the search ended with an in-house candidate.

In his outgoing email to all Twitter employees, ex CEO Jack Dorsey wrote, “The board ran a rigorous process considering all options and unanimously appointed Parag. He has been my choice for some time, given how deeply he understands the company and its needs. Parag has been behind every critical decision that has helped turn this company around. He’s curious, probing, rational, creative, demanding, self-aware, and humble. He leads with heart and soul and someone I learn from daily. My trust in him as our new CEO is bone-deep.”

A New York Times report quoting Silicon Valley insiders says that just like Jack Dorsey, Parag is “quiet, polite, deeply technical and enthused about an Internet where power and control are given back to the users.” The report terms him the successor of Jack Dorsey in terms of their similar wavelengths. A Twitter employee in the same report has been quoted as saying that Parag is a “pragmatic” engineer and leader.

Twitter’s Press Note also highlights Parag’s professional history with the company, Parag Agrawal joined Twitter in 2011 and has served as a chief technology officer since October 2017. As CTO, he has been responsible for the company’s technical strategy, leading work to further advance development velocity while improving the state of machine learning across the company. Prior to being chosen CTO, Parag has risen to be one of Twitter’s first distinguished engineers due to his work across revenue and consumer engineering, including his impact on their accelerations of audience growth during the period of 2016-17.”

Parag Agrawal does not come from the glamorous ranks of celebrity CEOs like Mark Zuckerberg, Elon Musk, or even Sundar Pichai and Satya Nadella. But, his lack of recognition coupled with a reliable and solid technical history, is something that Twitter’s biggest supporters were searching for in its succeeding CEO, and the future he or she might bring for the company.

Twitter has stated that CEO Parag Agrawal will be receiving an annual salary of $1 million as well as a stock compensation of $12.5 million.

But here comes the real challenge! with all the socio-political turmoil Twitter has seen under Dorsey for its take on hate speech and regulation of content being posted on Twitter. Parag has been instated as CEO almost at the eye of the storm. There are huge expectations riding on this pragmatic new leader and how he plans to achieve Twitter’s recent strategy to double its annual revenue by 2023 and focus on its long-term ambition to reconstruct how social media companies operate.

Author startupurbanPosted on August 8, 2022August 6, 2022
As it is witnessed that each one happily agrees with the wholesale and retail market structure of the pharma industry offers its customers and...
Read More

Author startupurbanPosted on September 10, 2022September 10, 2022
As a matter of fact that earlier music systems were not portable, people wanted gadgets that can be carried while travelling . This was...
Read More

Author startupurbanPosted on January 3, 2022January 15, 2022
Achievement or Failure, yet every startup has its story.  It is truly said that the Journey of a thousand miles begins with a single...
Read More