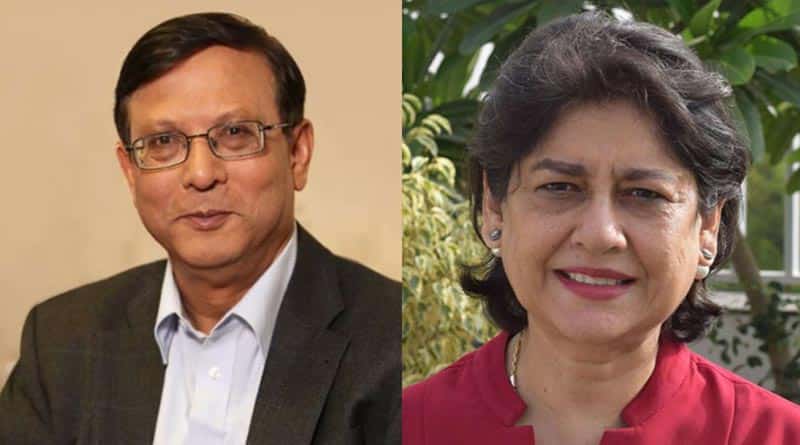 MapmyIndia founders Rakesh and Rashmi Verma took the mammoth task of mapping every square inch of the country more than two decades ago. Rakesh and Rashmi Verma decided to create digital maps of Indians for which the couple had to walk on uncharted lands. Way before Google made strides in web cartography, this legendary married couple traveled across India’s mega-cities by foot. It was a painstaking task to chart every street and landmark.

But the Herculean task of establishing their company, MapmyIndia, paid off Tuesday. This startup witnessed striking success during its trading debut after its initial public offering (IPO). Their stock saw an around 35 percent rise to ₹1,393.65 ($18.4), accelerating the couple’s net worth to about $586 million. It was strikingly impressive inception for a company that dabbles in geographic mapping and digital data to map India’s challengingly vague topography.

A strong market debut indicates several recent achievements for MapmyIndia, formally known as C.E. Info Systems Ltd. The company expressed pride and elation that it had received bids for more than 150 times the number of shares on offer in its initial public offering. Apple Inc. and Amazon.com Inc. are among those prominent examples of companies that have purchased MapmyIndia’s software.

The husband-and-wife duo, who have an approx 54 percent stake of the company post-IPO, are the newest founders to achieve success during 2021’s amazing stock market performance. India’s startups are having a spectacular period, driven by strong pandemic-driven demand for e-commerce and online services. Indigenous businesses such as MapmyIndia have led the acceleration in new fundraising, achieving IPO records and fancying the interest of investors looking for the next big market in Asia.

“Nobody understood mapping data when we started,” Rakesh said in a telephone interview before the listing. “Now after 25 years have passed since we first started, mapping data has dominated businesses, industries, government-owned companies, and ministries,” he said.

A whopping 31 percent profit margin for FY20 was reported by the startup. A revenue of 1.92 billion (₹25million) and net profit of ₹594.3 million was also reported. MapmyIndia’s profit margin reached 46% for the first two quarters of 2021, concluding in September.

Rakesh, 71, and Rashmi, 65, established their company in the mid-1990s when businesses were uninterested in buying mapping data. At that time, public internet access had not been introduced in India. Startups had yet to discern the nature of today’s tech havens, including Bengaluru and Gurgaon.

However, the husband and wife duo’s skill-set was honed abroad. In the late 1970s, after graduating from premier engineering schools in India, the Vermas flew to the U.S., where they obtained graduate degrees and launched successful corporate careers. Rakesh’s career at General Motors Co saw advancement. Rashmi, Rakesh’s wife, worked for International Business Machines Corp building computer databases. When the couple returned to India, they identified a vacuum in domestic digital mapping, which had started to attract attention in developed countries.

After spending the first few years of mapping India manually, capturing far-flung corners of the country became easier as technology improved. The gamble paid off. Barely a year post establishing their endeavor, Coca-Cola Co. hired the couple to chart and map their distributorships, which for quite a number of years had been distinguished by incomprehensible markers such as “along a river” or “next to a highway.” Motorola, Ericsson AB, and Qualcomm Inc. followed and contracted the company to construct details mapping and locate their mobile towers.

“Our data modeling is our most prominent IP and that’s what propelled us in this field,” Rakesh said. “We’ve mapped 99.99% of India, covering every city, town, village, and habitation.”

Taking the business public was a probable next step after the Indian government modified rules this year over acquiring mapping and geographic data. Foreign companies were forced to buy data directly from Indian-owned mapping platforms owing to the novice rules. This provided another golden opportunity for MapmyIndia to rule the local market and turn would-be competitors like Apple Maps — which uses the startup’s software — into customers. Across India, the company claims to conquer a 95 percent market share in the sector of GPS navigation.

With the cash infusion, the Vermas aspire to expand after integrating maps for more than 200 countries into their software platform.

“With a profitable future and a predictable revenue ahead of us, our valuation is easy to arrive at,” Rakesh said.

How Mamaearth Conquered The Earth…

Author startupurbanPosted on December 16, 2021December 16, 2021
Wat-a-Burger, the rapidly growing burger chain has huge plans lined up for it. It recently announced its desire to expand its presence with the...
Read More

Author startupurbanPosted on July 24, 2019July 24, 2019
Just.Jobs is a platform that acts as a bridge between a potential employer and a job seekers looking for jobs in the blue/grey collar...
Read More

Author startupurbanPosted on December 9, 2020December 9, 2020
India has already become one of the largest countries with the maximum number of internet users. Now this incredible nation is standing in front...
Read More

Author startupurbanPosted on November 22, 2019August 14, 2020
The world today is moving towards online shopping, and more retailers are moving to an e-commerce-based business. Shoppers can browse through various websites and...
Read More