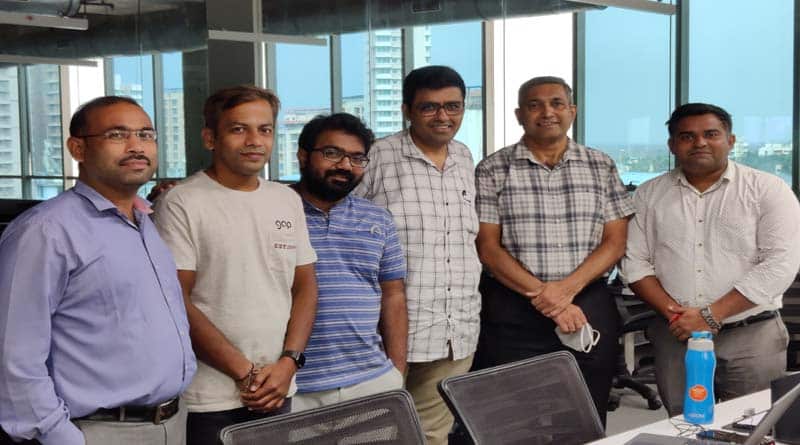 Voice-based payment solution Misscallpay announced the appointment of Mr. Soumitra aka Raju Wadalkar. He has joined the team as an advisor for technology and telecom operations. Raju Wadalkar is, an alumnus of IIT Bombay and he is a senior Technology and Engineering professional with 40+ years of experience. He has extensive experience in operations and scalability of Technology and Telecom.

Raju Wadalkar is among the first employees of Reliance Industries in the newly introduced Telecom Business unit, He worked closely with Anil Ambani to launch the low-cost and high-quality GSM and CDMA-based mobile network in the country. Raju Wadalkar was assigned with designing the foremost GSM networks in the northeast, Himachal area, and Madhya Pradesh. These networks covered around a third of the population and area of the country.

Raju Wadalkar made a huge contribution to the Reliance industry’s vision and Dhirubhai’s dream of making the cost of a phone call cheaper than that of a postcard. After this Raju co-founded 3GENESIS, there he created and invented a mobile Pre-paid system, which was later acquired by Apar or NESS Technologies, and even today it powers the mobile Pre-paid systems of leading telecom industries around the world.

Raju Wadalkar was also a part of Tech Mahindra as Senior Vice President and climbed up ranks to lead Tech Mahindra’s Telecom domain as CTO and Global Head of Innovation and continued his work with major telecom companies around the globe with Tech Mahindra’s strong team of 50,000+ engineers spread across geographies to launch, upgrade and maintain mission-critical tele infrastructure.

After his contributions in Reliance Group and Tech Mahindra, Raju Wadalkar now advises select path-breaking start-ups like Hygge Energy, FortyTwo42 Labs, and Misscallpay. He thinks that it is his pleasure to join Misscallpay as an advisor and work with the innovation that will take the UPI revolution to the interiors of India. Raju Wadalkar feels that voice will be the new de-facto standard for payments in India because it is more secure as well as convenient than mobile app-based payments.

India’s first voice-based payment Fintech Start-up Misscallpay is running on UPI. Its headquarter is situated in Bhuj, Kutch. Founded by Mitesh Thakkar, Misscallpay is a developer of a digital payment platform designed to provide assistance in online transactions. This platform offers payment to be done without smartphone or internet connections. Over voice it allows remote authentication for delegated banking in local language for unbanned, enabling users to make payments in places where internet connections are not present.

The rural and urban under-served population of India, who largely use feature phones or are digitally illiterate. Misscallpay is bringing voice-based digital solutions to that kind of population. The highlight of this payment solution is one can take help from anyone without worrying about security. It is the only player which is using the miss call feature for the Indian population. This payment solution is catering hugely the feature phone users, who are technically illiterate and even it can also use in urban areas where internet connection is slow.

Mitesh Thakkar, the founder of Misscallpay welcomes Raju Wadalkar in the company. According to him, Raju has a wide spectrum of experience in the technology and telecom industry. He thinks that Raju’s experience and enterprise will be instrumental in helping Misscallpay to take digital payments to every hue and corner of India and it brings the benefits of the formal cashless economy to billon+ Indians, and it will also fulfill the dream of India’s Prime Minister Narendra Modi.

Author startupurbanPosted on December 15, 2021December 15, 2021
We Founder Circle (WFC), A global community of renowned founders and investor angels, has successfully invested in 30 startups across 10 sectors in the...
Read More

Author startupurbanPosted on August 18, 2020August 18, 2020
The progress of getting everything in hand is the beginning of making our vision clear. Having a broader vision makes our understanding grow that...
Read More

Author startupurbanPosted on June 24, 2020June 24, 2020
In the middle of a catastrophic situation, many businesses across the globe have been facing enormous obstacles for the last couple of months. But...
Read More