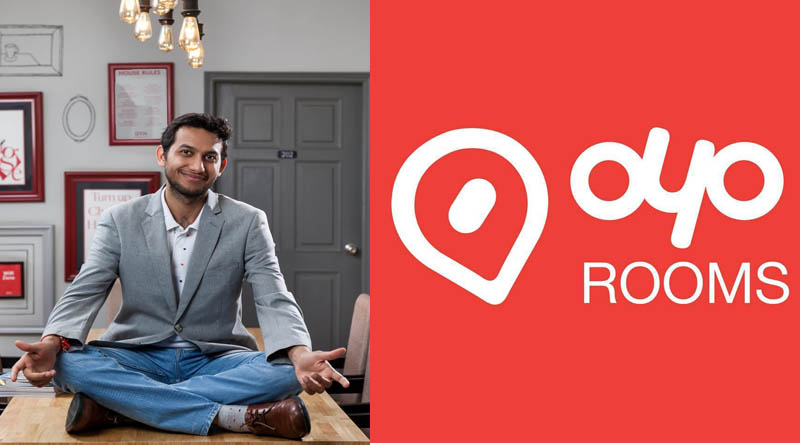 Who hasn’t heard of OYO in recent times? Booking budget-friendly hotel rooms in whichever city or town you want have never been easier. Thanks to OYO, even the cheapest and shabbiest hotel rooms have the most basic necessities and supplies available. Here’s a fun fact- OYO actually stands for “on your own”. It has built a phenomenal brand name in the hospitality sector by offering basic accommodation and decent lodgings at affordable prices. Ever since its inception, OYO has only been amassing praises and achieving milestones. OYO’s legendary founder, Ritesh Agarwal, was just a college dropout with an idea. Today, he’s achieved the title of Forbes’ youngest self-made billionaire (Kylie Jenner did replace him, but she was removed and Ritesh was reinstated) up until 2020 and his start-up grew to such an extent that it became a case study at Harvard. Such is the wondrous journey of OYO and it obviously, begins the way all great stories do-

A man with a plan.

Ritesh Agarwal was just a college dropout who always had the ambition and drive to start something of his own. At the age of 17 years, in 2011, he came up with the idea of building “Oravel Stays”- where people who made bookings via its platform would always have the assured guarantee of decent accommodation supplies waiting for them when they unlocked the door of their booked rooms. It was renamed OYO, which was finally launched in 2013.

Ritesh Agarwal hailed from Rayagada, Orissa, and from the very beginning, his interest lied in computers, software, and coding. His early intentions were those of a typical science student- to get an entry into top IIT colleges. He even left for Kota to pursue these dream-like countless others, but later, was disillusioned and decided to follow his passion instead.

Agarwal, on the first day of college itself, discovered the shabby conditions of local hotels. He quickly developed the idea of renting out hotel rooms and fixing them up. Fixing light switches, cleaning bedsheets, hygiene products, etc was ensured by him. He saw this idea building up and even withdrew the money in college to fund this small endeavor he’d started. When his father decided to visit him, imagine the shock he felt! His son, instead of studying in college, was running some start-up!

Ritesh Agarwal was among 20 students under the age of 20 who received the Thiel fellowship. The Thiel Fellowship is a prestigious and intriguing fellowship under which the applicant if selected, has to drop out of their educational institution. Ritesh, with an idea on his mind and a dream in his eyes, didn’t think twice before accepting it and receiving a sum of $100,000 as well as guidance and resources to create a startup.

And thus, OYO was born.

OYO has seen continuous growth ever since its establishment. After starting in India eight years ago, today it operates in 800 cities in more than 80 countries of the world. It started its international ventures in 2018 with Malaysia. Then it gradually expanded to the markets of the United Kingdom, United Arab Emirates, Dubai, China, Singapore, Indonesia, and others. In 2018, the company became a 100% leased and franchised hotel chain. It recorded global stayed room nights of 75 million in 2018- almost six times more than the previous year. While achieving this milestone, it collected a revenue of $211 million. In 2017, 2016, and 2015, the recorded global room nights were 13 million, 6 million, and 4 million respectively.

Currently, OYO has acquired more than a million rooms in over 43 thousand hotels. Through its vacation homes venture, the company offers travelers and city dwellers access to over 130,000 homes around the world.

OYO, however, suffered severely during the outbreak of the coronavirus and Agarwal had to address the issue by stating that the revenue and occupancy went down by over 50 to 60% in April of 2020. Moreover, revenue went down by 75% and its employees had to go through a pay cut off 25%.

The Thiel Fellowship Open countless doors for Ritesh and with its help, OYO was able to raise 4 crores from LightSpeed Venture Partners and DSG Consumer Partners at a pre valuation. In the March of 2015, OYO received fundings of $25 million and in the same year in July, OYO received a staggering amount of $100 million in a Series C round of funding from the most prominent and powerful investment firms in the world, Japanese investor SoftBank.

In September 2018, OYO got itself on the prestigious list of Unicorn Companies after raising $800 million from SoftBank.

OYO’s most recent funding has come from Hindustan Media Ventures in January 2021 which invested ₹540 million.

The idea behind the establishment of OYO and its vast practical applications in today’s world is one of the driving forces behind why OYO has succeeded and come this far along. The focus of this platform on customer service with dependable, sanitised, value-oriented stay experiences says a lot about its customer care value and ethics. OYO’s amazingly genius GUI that enables customers to book hotel rooms, decide the neighbourhood, specify the price range of their budget and so much more, is all thanks to the tech-driven culture of the company.

The most important part is that OYO didn’t stop at just hotel rooms, but has expanded to vacation houses, office spaces, wedding planning, and organising and so many other diversified businesses. This diversification has helped it gain new investors, expansion to previously unexplored regions, and build a consolidated and loyal brand value.

This was the detailed version of how OYO became a leading brand in the hospitality sector. With a solid business plan and a driven CEO, there is nothing stopping OYO from conquering the world- one hotel room at a time.

Author startupurbanPosted on March 25, 2017August 13, 2020
Bhavish Aggarwal, a graduate from IIT Mumbai, is the founder of Ola Cabs. Just like any other entrepreneur, his life into entrepreneurship was the...
Read More

Author Preirna PrachiPosted on August 8, 2020August 8, 2020
Finding a job or hiring a best suitable employee or gig for your firm is no more a difficult task. Considering two important things...
Read More