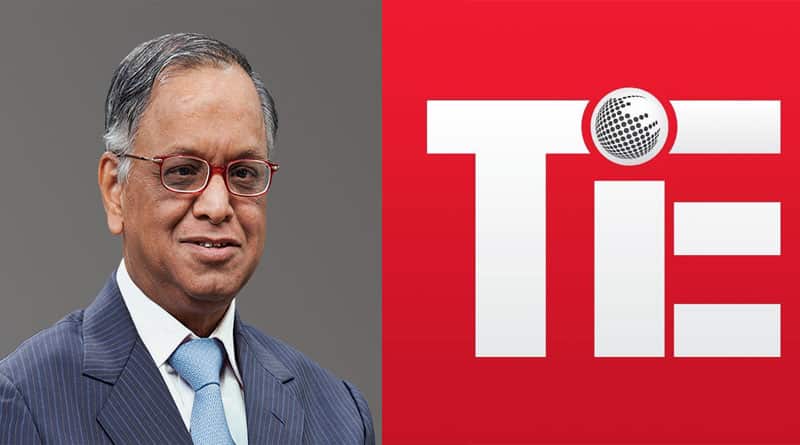 NR Narayana Murthy will chair the team of the jury for selection of opening TiE Global Entrepreneurship Awards, 2020.

TiE Global announces Global Entrepreneurship Awards. This award is meant for entrepreneurs acknowledging and encouraging their entrepreneurial excellence and the support systems. The awards have been scheduled to be declared and presented on 10th December 2020. This is going to be attended by above 20k entrepreneurs from across the globe. Specifically, 6 of Outstanding Entrepreneurs and Ecosystem Players are going to be acknowledged this year. A prominent team of jury that comprises of eminent personalities from across the globe will be chaired by N.R. Narayan Murthy will do the selection. He is going to be the head of the jury of the awards.

According to Kali Gadiraju, a member of TiE Global Board of Trustees who also chairs the award claims that a couple of awards are there for honouring the lifetime achievements of entrepreneurs. There are four awards meant for acknowledging excellent entrepreneurs, and also there are four awards to acknowledge entrepreneurs who have made incredible Unicornsin significant, efficient, and thoroughly creative. For maintaining fairness in selection, the team has to be led by prominent professors Dr.Bala Balachandran of Kellogg School of Management and Prof. Kavil Ramachandran of Indian School of Business.”

According to Sridhar Reddy, Chair for the TiE Global Summit, the event will be conducted virtually for uninterrupted 60 hours. The event is entrepreneurship 360 and will have more than 250 speakers, and there will be more than 500 strategic one-one start-up-mentor meetings. More than 200 investors over the globe will also take part in the event.

TiE, also known as IndUSEntrepreneurs, is one of the most prominent non-profit organisations to encourage entrepreneurship. It has managed to impact more than $200 billion US through angel and networking events, a major part of which involves Indians, aiming to provide greater scope for entrepreneurs in India. The event has helped more than 50k students, budding entrepreneurs, and women by providing much needed mentoring. At global level, they organise thousands of events throughout the year. However, TiE Global Summit is claimed as the most prominent and acknowledged event of all.

TiE was established 28 years past in Silicon Valley. Currently, there are 15000 members, part of it, spanning across 14 nations. They are associated with entrepreneurial ecosystem players, ranging from Angel Networks, VCs, Incubators, Accelerators, Educational Institutions, Governments, Corporate, and NGOs to encourage entrepreneurship.

Author startupurbanPosted on December 6, 2020December 6, 2020
Let’s face it – During this global pandemic and an era of social distancing, many businesses have met a great amount of loss. In...
Read More

Author startupurbanPosted on November 22, 2019August 14, 2020
The world today is moving towards online shopping, and more retailers are moving to an e-commerce-based business. Shoppers can browse through various websites and...
Read More

Author Surbhi GoyalPosted on July 29, 2020July 29, 2020
Gaurav Taneja is an accomplished pilot who has shown true grit and selflessness. He is known to speak out for the welfare of thousands...
Read More

Startups from 48 Asian economies to get $200K in seed funding

Author startupurbanPosted on November 3, 2020November 3, 2020
Startup Pitch Competition has officially started. If your startup is in Asia or you work with one of 48 Asian countries, you should seize...
Read More

Sofyx, an excellent digitalized platform for the smartphone resellers

Author startupurbanPosted on July 15, 2019July 13, 2020
The former country head of Apple India, Sanjay Kaul has recently launched his own startup, Sofyx. It is a social commerce platform for general...
Read More

Author startupurbanPosted on July 30, 2020July 30, 2020
We have to admit that eCommerce is the lifeblood for all the major cities in India. Nowadays, just because of this lockdown eCommerce companies...
Read More

Business
Author startupurbanPosted on July 28, 2021July 28, 2021
When WordPress first came out, it was just a simple blogging platform. Now, WordPress can be used to create...
Read More

Startup Stories
Author startupurbanPosted on July 26, 2021July 26, 2021
Founder – Vincent Chaglasyan Website – Expy We are standing in an era of digitalization where a particular business...
Read More

Business
Author Puneet TripathiPosted on July 6, 2021July 8, 2021
Snowboarding is a fun-filled outdoor activity that gets you going for that adrenaline rush. But like other sports, you...
Read More

My Smile My Rules Story; A story that Inspires millions to smile!