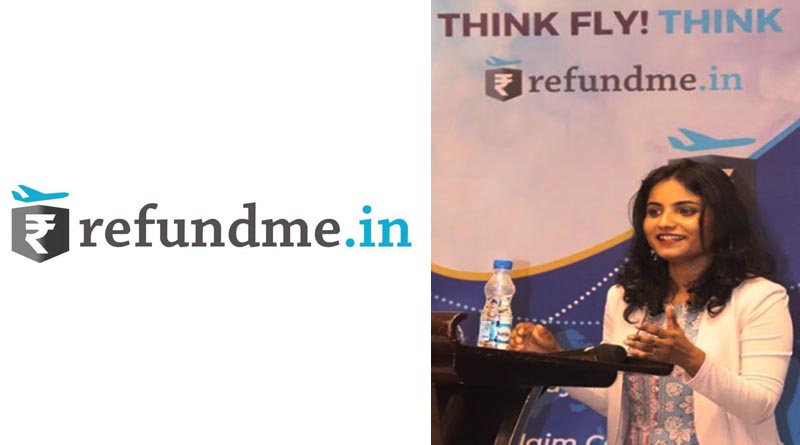 The world’s third largest civil aviation market is expected to surpass the UK to become the third largest air passenger market by 2024 claims, IATA forecast. We are witnessing a massive growth of air passengers, which has doubled over the past seven years and now we are envisioning that these numbers will be increased by 3.3x over the next 20 years with more than 500 million passengers per year.

That’s a huge number and with the expansion of air passengers and aircrafts in India, it would also be rightly assumed that passengers would be more prone to flight disruptions such as – flight delay, cancellation, or denied boarding.

Akanksha Anshu, founder of refundme.in, the first ever flight claim compensation in India raises her concern on the current scenario and suggest that government as well as airlines should responsibly address the passengers’ issues and make the compensation process even easier.

It all started with a CAUSE

Definitely. refundme.in witnessed that almost 99 per cent of the passengers do not know about their passenger rights and out of those 1 per cent, only 0.5 per cent actually receive the compensation from the airlines.

The data is quite heart throbbing because the people for whom the rights have been incorporated cannot benefit themselves and in contrast airlines have been taking this for granted and making unfair gains.

The company conducted a survey in India and abroad to get the comprehensive data about the awareness of air passenger rights. The findings were shockingly disappointing which suggested that there is a long way to go to make this world fully aware of their rights.

Hardly 1% of the total population knows about it and this number is like a grain of dust in front of the country having the world’s second largest population. In addition, the DGCA rule that we follow is full of jargon, that it becomes really difficult for people to understand to demand compensation, and ultimately air passenger rights get no consideration.

Earlier, the DGCA rule was limited to the compensation that passengers can claim on flight delay, cancellation, overbooking or denied boarding but, in 2018, refundme.in took an initiative and made an appeal to include compensation for baggage delay and baggage lost to the Indian Government. More to the faith, government accepted the request and revised Air Passenger Charter Act early this year (2019) and the revised act will be regulated soon.

The company offers a platform to the travelers where they can easily claim for compensation in case of any unfavorable circumstances such as – flight delay, flight cancellation, overbooking, denied boarding and so on. They have also minimized the technical jargon and have made user-friendly products and services, where people can easily avail for their rights.  The company solely takes care of all the air passengers and make sure that they receive accurate compensation that they are entitled to.

After a little success, refundme.in diligently putting efforts to make the DGCA regulation more flexible for the passengers. Besides this, they have recently launched an online application called Mr Boie, which allow passengers to experience easy travel where they have included segments like – airport and airline details, flight delay prediction, flight compensation, uploading important documents and so much more.

The company foresees that the time is no far when the aviation industry would turn the tables around and serve the people more effectively through technology and innovation. The Indian airline industry is reaching an era of phenomenal growth, exercising futuristic aircraft with cutting-edge technologies like a drone, air taxis, new jets, volocopters, and ultra-light aerial electric vehicles which are going to conquer the coming ages.

Evidently, India is witnessing a global shift in the air travel industry which caters more than 40 million passengers every year. Having the largest economies, India has predicted a rise in its market share from 35.5% (2016) to 46.2% (2024) with an aim to become the fastest growing industry in the world.

The Startup That Changed The Online Jewellery Buying Experience

Author startupurbanPosted on February 18, 2022February 18, 2022
Website – Praakritik Founder – Dharmishtha Goneka Nowadays, the increase seen in global health awareness has made the use of organic foods and products...
Read More

Author startupurbanPosted on September 28, 2017July 14, 2020
This has become a trend of today’s young generation to be an entrepreneur and create a successful startup. But this journey is not so...
Read More

Author startupurbanPosted on October 14, 2018July 14, 2020
We all know about Twinkle Khanna has an actress, a blogger, an author and an entrepreneur. But do you know, she was a college...
Read More