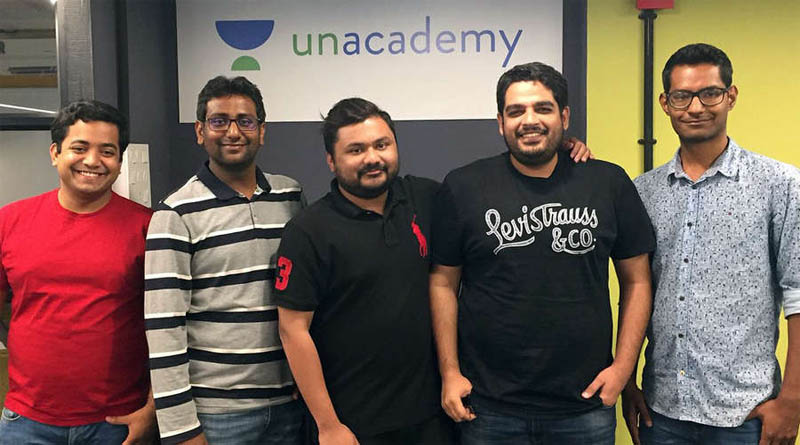 Education technology, or edtech, has emerged in recent times as the newest revolution in education across all age groups in India. Edtech has facilitated easily accessible education, replaced blackboards, books, and furniture with online tutorials and tests, and challenged the traditional and conventional teaching strategies of classroom education. It has breached social, monetary, geographic and a plethora of other demarcations that endanger equal access to education and has made harnessing undiscovered capital of human potential possible. Some renowned examples of start-ups in the Edtech field are Byju’s, Toppr, Brainly, and others.

Due to the lockdown imposed upon by COVID, platforms like Unacademy have seen accelerated growth in the number of registered students. Even globally students from schools and universities are turning towards online education to resume their learning. Edtech firms have seen this an opportunity to overtake conventional education and become a necessity instead of a mere option. Unacademy is one such ed-tech startup that has completely flipped the coin on the conventional scholastic sphere in Indian education. Developed for the purpose of preparing students for competitive exams in India, this platform has expanded to become one of the best ed-tech startups in India.

How the Revolution Started:

Owned and operated by Sorting Hat Technologies, Unacademy Was founded in 2015. It was, however, started as a YouTube channel by Gaurav Munjal back in 2010. Headquartered in Bengaluru, Unacademy has become India’s biggest learning platform which connects millions of students who are in requirement of enhanced quality education to expert educators.

Although Unacademy was technically founded by Gaurav Munjal, it was later joined by Hemesh Singh and Roman Saini. Unacademy was initiated as a YouTube channel while Gaurav was an engineering student in Mumbai. Gaurav later worked as a software developer at Directi. He went on to form his own company called Flat.to, which was later acquired by the firm Common Floor.

Hemesh Singh is an alumni of Motilal Nehru National Institute of Technology. He became the Chief Technical Officer of FlatChat. He is presently the CTO of Unacademy.

Dr. Roman Saini, perhaps Unacademy’s most talked about co-founder, has been a medical graduate who proceeded to crack the UPSC exam at the young age of 21. He eventually quit his government job to join Unacademy and offer online coaching for aiding underprivileged students.

Currently, Unacademy has live-streamed and recorded online classes curated by various teachers. These teachers also happen to be industry professionals from prestigious institutes from all across India and globally. These teachers, or “educators”, as they’re called, endeavor to deeply incorporate technology in their teaching styles. The educator’s coach students for most of the popular competitive exams like Boards, JEE Mains and Advanced, NEET, GATE, UPSC, CAT, etc. Making concepts more understandable to students in order to make learning fun, Unacademy is setting standards of contemporary education in the country.

The founders of Unacademy gradually started dabbling with the idea of gradually monetising the educational services offered on the YouTube channel. This resulted in the birth of Unacademy- an official learning platform that offered free as well as paid classes.

The hybrid model of conducting pre-recorded as well as live classes were tweaked and perfected over time. The live class option has perks like live doubt-solving sessions, downloading classes for offline viewing, interaction with the educators, class-wise curated assignments, a group chat for further doubt asking, and many others. These live classes are offered to paid users. This paid version of Unacademy is called Unacademy Plus. The subscription of Unacademy Plus is different for different competitive exams. It varies according to course and duration (monthly to yearly subscription options available).

Similarly, the free classes are generally pre-recorded, with the above-stated perks removed. However, the videos are available in various definition qualities and playback speeds, making them reachable to areas with fluctuating internet connections.

As per the data acquired from TechStory, Unacademy has raised around $50 million from existing investors on February of 2021. Three prominent investors include tiger global, Dragoneer Investment Group, Steadview Capital, and General Atlantic. The company was able to raise more than $400 million from investors.

In September 2020, Unacademy became India’s second e-learning venture to join the prestigious Unicorn Club, after BYJU’s, to achieve the landmark. This feat was achieved thanks to a funding round led by SoftBank in which Unacademy bagged $159 million at a valuation of $1.45 billion, up to threefold.

The company has acquired six organisations till date. These include Kreatryx, an online preparation platform for GATE, and the Engineering Services Exam (ESE) in a cash-plus stock deal in March 2020.

In June 2020, Unacademy announced the acquisition of CodeChef, a popular online platform for algorithm and coding. This acquisition was purposed to aid the company in launching coding skills vertical for school kids.

Chandigarh-based ed-tech startup PrepLadder was acquired by Unacademy in July 2020.

NeoStencil was Unacademy’s most recent acquisition for an undisclosed amount

After successfully acquiring six companies in 2020, the platform also aspired to acquire two-three additional companies in 2021 with the goal of expanding their base market. Unacademy also looks for opportunities to boost its position in the test prep market and to become cash-flow positive this year.

Its acquisition of Graphy and K-12 learning platform Mastree steps in said direction.

Backed by major investors like Facebook, General Atlantic, and Sequoia Capital, Unacademy has been playing the field surprisingly well. The platform holds an optimum opportunity to take its business to greater heights, equipped with its stellar workforce- from a skilled IT team to its group of visionary Educators. If Unacademy utilises its resources to make the best out of its position as an ed-tech company, it has the potential to become a major name in the industry.

RedBus - The Success Story of Phanindra Sama and His Pioneering Company

Author startupurbanPosted on March 13, 2020July 12, 2020
Founder – Gunit Bapna Infrastructure is one of the major domains of development of the Indian economy. It is one of the key drivers...
Read More

ARE YOU THE QUIRKY KIND? HERE’S WEIRDO FOR YOU!!!

Author startupurbanPosted on December 1, 2021December 1, 2021
Who hasn’t heard of OYO in recent times? Booking budget-friendly hotel rooms in whichever city or town you want have never been easier. Thanks...
Read More