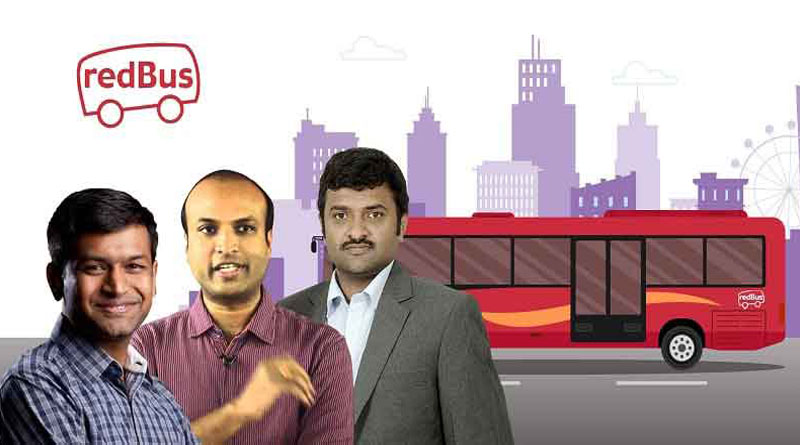 India is a country where transportation forms one of the largest sectors of the economy. A daily necessity, public transportation is especially needed for everyone, from children to the elderly. The bus is still the most common form of transportation.

Earlier, when people boarded a bus, the conductor would offer them the fare ticket after payment. However, it is worth considering that an alternative in the form of booking tickets would be much more beneficial for passengers. It would give them a simple and effective way to procure their tickets. Due to the benefits offered by bus ticket bookings, this method of purchase has increased in tandem with railway and aircraft ticket purchases.

One such platform that offers this option is RedBus, which was the first and currently one of the most popular bus ticket purchasing platforms. Redbus was co-founded by Phanindra Sama, Chandran Padmarauju, and Sudhakar Pasupunuri. These engineers were from the Birla Institute of Technology and Science, Pilani.

Phanindra Sama, The Man At The Wheel:

On 15th August 1980, in the small village Tadapaikal of Nizamabad district in South India, Phanindra Sama was born. His father died quite early on when Sama could not understand why things were happening. This is one of the defining incidents in Phanindra’s life that constitute his childhood.

For his 10th and high school, Phanindra shifted to stay at his Uncle’s place in Hyderabad. He was academically proficient and went on to receive an average of 80% in SSC and 97 percent in Intermediate. He bagged admission into BITS PILANI in the Electronics Engineering stream based on his Intermediate performance.

In BITS, he has had to deal with a lot of challenges but strived on and displayed leadership qualities, and as a result, he was the head of the photography club at BITS Pilani. Because of this, his classmates and fellow students were impressed by his nuanced leadership abilities.

He is also an alumnus of Stanford University for the Field Of Study Economics, Social Psychology in 2016 in Kings College London. He also was a part of the Swedish Institute for Field Of Study Responsible Leadership and Sustainable Business Practices. He also received a Chevening Standard Chartered Financial Services Fellowship from the prestigious King’s College London.

Phanindra Sama was a frequent bus traveler in order to see his family as often as he could. Around that time, he was working for Texas Instruments as a Senior Design Engineer. An unfortunate incident led to the birth of RedBus.

During the Diwali break, Phanindra Sama couldn’t able to get the bus ticket for going back home. He tried to procure one ticket and he approached nine bus operators. Unfortunately, he couldn’t get a single ticket for himself. Finally, he was forced to stay behind in Bangalore.

Redbus’s idea came across his mind through the incident. He still believed that getting a ticket would’ve been possible if he’d tried a little harder and looked for a vacant seat.

He started wondering if there was still a single seating left that was not booked in a bus. This was a loss for the whole bus ticketing system.

Phanindra Sama then thought to build software for ticket booking. He envisioned the need in the market for an online bus ticket-buying platform. Subsequently, he began executing his idea for the endeavor putting ideas into action. Then with the support of seven of his friends and they went together to build the needed software. It took the group of eight over seven months to get the base model ready.

Thus, he went on to find India’s most popular and extensive online bus ticket-buying platform, RedBus. And so he started his journey towards browning the Chief Executing Officer of his own firm (CEO).

The Road To Success:

In the early days, the services of RedBus weren’t able to make contact with a larger audience. So, Phahnindra Sama approaches and tried to convince both bus operators and drivers to install the software. They finally conceded because impressively high sales were being noticed after using the trial software.

The platform gradually gained popularity in the forthcoming years and started attracting the maximum market. Costumers also found the platform easy to use and booking tickets never felt more feasible. They could get it done within all but a few clicks. RedBus brought forth a much better option than facing troubles just for getting a single ticket.

They were unable to raise any funds initially. However, Venture capitalists started gradually approaching them. They received their first seed funding from the ‘Seedfund’ and worked at establishing the company and scaling it to unattainable success. Redbus started obtaining fundings and went on to procure the US $500,00 in 2007 at the seed fund round. In 2009, it successfully raised $2.5 million from Inventus Capital Partners. With the help of this funding, the platform provided a lot of attractive opportunities to gain attention from the customers. They also began airing their advertisements on TV to reach an even wider audience. They announced that Mahendra Singh Dhoni, a well-known celebrity in the country, was its brand ambassador.

The company was at the height of its success when the Goibibo group acquired Redbus.

Post that, Phanindra Sama parted ways with the firm. He then went on to work at the post of Chief Innovation Officer with the Government of Telangana. Sama is currently an advisor at West Bridge Capital. He is also an angel investor, investing in small but promising enterprises that he deems to have the potential to be successful.

Phanindra Sama’s net worth is estimated to be over $110 million.

Fundings Received by RedBus Till Date:

Phanindra Sama started and developed RedBus from a primary stage and transformed the bus ticket booking system in our country. Phanindra Sama is involved with investing and funds up and coming startups, as an angel investor. The most striking part about his venture was that it was never started with an intent of success or profit. He only wanted to find a solution and help everyone who was experiencing the same difficulties he had faced with the bus ticket booking system in the country.

The Success Story of Harshil Mathur and How He Founded Razorpay