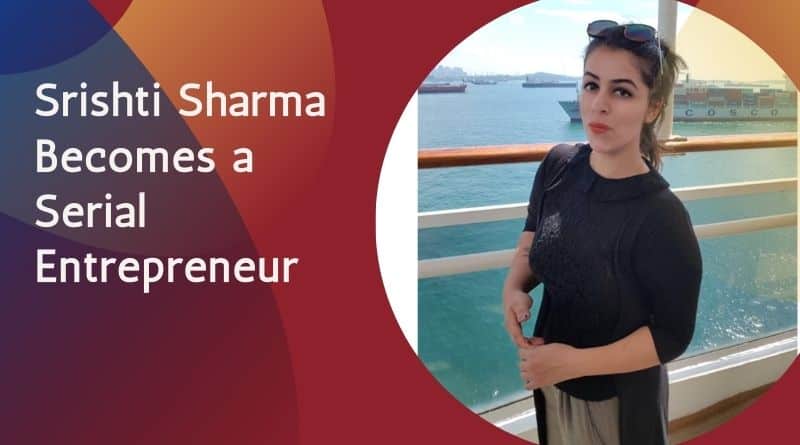 Srishti Sharma was born and brought up in New Delhi. New Delhi in a typical middle-class Indian family where the dads are supposed to be the bread earners while the mothers take care of the house, she has done her schooling from Delhi Public school Vasant Kunj and was a studious science student till 12 standards, her dream by the age of 14 wish to get admission into India’s top engineering College, this dream soon shattered when she failed her JEE Main examinations, With an attempt to compensate for the recent failure Srishti started exploring various vivid career options including modelling, from being a studious girl who knew nothing except books her she was losing weight, teaching a self how to work as a model with an idea in her mind that maybe this is what her life calling is. Unfortunately, she failed that modeling as well. Her encounter with entrepreneurship was experimental, she started her career in entrepreneurship as a serial entrepreneur where her first project was Kilkari. Kulkarni started with Srishti admitting 13 kids in a school to see turning the project into A project with more than 300+ volunteers, 18 Paathshala pan India, admitting over 2000 street kids into schools and teaching over 5000 kids in the school structures named Kilkari paathshala.

The success of this project gave her the initial confidence and the courage to explore our hands in the start-up world, the initial days were not at all easy. From being judged, to reject, to facing discrimination because of age and gender the journey became very very difficult. There were days where she encountered investors telling her statements like ‘Don’t waste your life in building a business, it’s better you find a rich guy and settle for life’. All of this and so much more.

There were days when she also lost a lot of her savings due to her lack of knowledge and initial day in the cruel business world, they say girls are easy targets right? Experimenting from the age of 16 made her see the real bad face of the world!

She struggled for more than 5 years to make a name for herself and faced every kind of day, the only thing that kept her going was her spirit, a never defeating attitude and her Ultimate vision to change lives through her work.

Srishti Sharma is currently a Serial entrepreneur and a social activist, she is the founder of the game And is building Asia’s first online esports marketplace helping sports players to establish their careers, she’s also building India’s first company working in the sector of space mining. She is an international speaker and a four Times TEDx speaker and a Josh talks speaker.

Asia’s most innovative women entrepreneur of the year 2020 by Yeforum!

5 Steps To Promote Your Startup

Author startupurbanPosted on September 13, 2017July 13, 2020
In India, so many businesses have established in several rural and urban areas which are run by non-English speaking entrepreneurs. That is why they...
Read More

Author startupurbanPosted on August 28, 2019August 28, 2019
India has come up as one of the emerging countries in terms of innovation and technology. The technology and networking have revolutionized the methods...
Read More