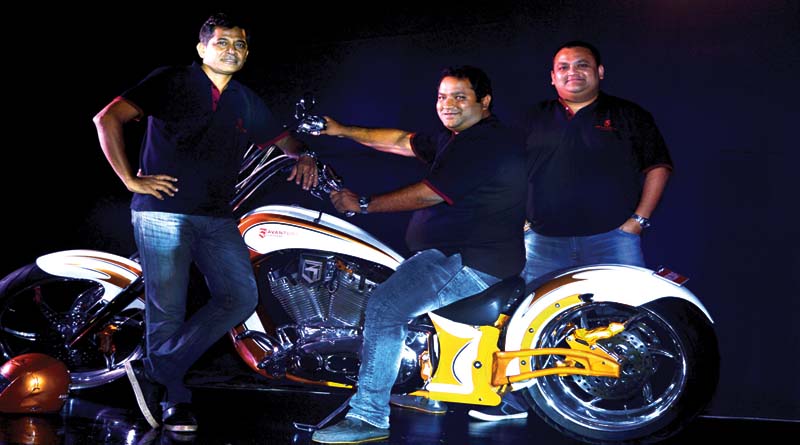 History TV 18 is one of my favorite channels when it comes to Television. I, as an individual am often intrigued and attracted to the shows like Counting Cars, Kings of Restoration, Biker Battleground Phoenix, Pawn Stars, etc. from this channel. Subconsciously, I like this shows because of their way of storytelling about classical American products. Moreover, mostly due to their way of representing vintage cars like Ford Mustang and bikes like Harley’s Choppers. As a result, this oftentimes ends up being a dream car or dream bike. But, this premium cars & motorcycles are often bounded to America, and if they are available in India, they are freaking expensive. And, the startup(Avantura Choppers) we are going to talk about today solves this problem to an extent.

Choppers are custom motorcycles, which emerged in California during the 1950s. This globally recognized sign of innovation, power, and creativity was first commercially manufactured in India after over half-a-century in 2016. And, Avantura Choppers are the first of its kind in India to manufacture premium, high-end, and world-class Chopper bikes.

Under two years of the startup; Avantura Choppers has achieved feats like building the first 2000cc bike in India with BS IV certification. Currently, they sell only two types of premium bikes named the Rudra and Pravega at the pricing of between 20L-25L. And, the company intends to add a new model every year. 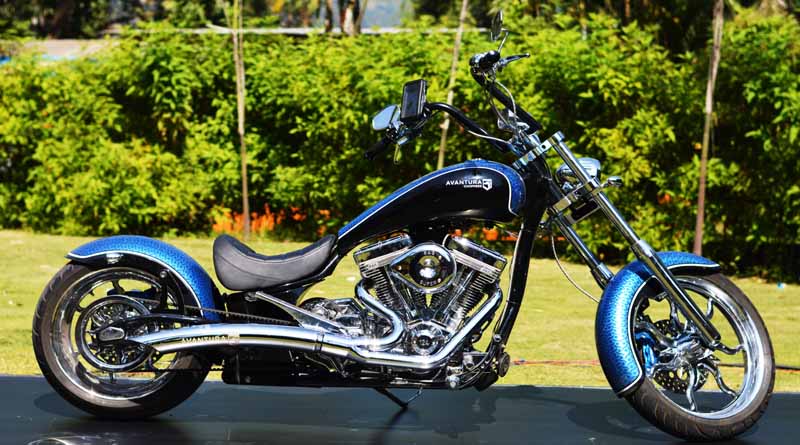 Avantura Choppers unquestionably is an innovation & evolution in Indian motorcycle industry. And, the story of this startup starts with a dissatisfaction.

Gaurav A. Aggarwal, Chief Executive Officer(CEO) of Avantura Choppers is one of several bike enthusiasts in India. A few years ago before launching a Chopper brand, Gaurav (inspired by Hollywood movies) desired to buy a custom Chopper. Hence, to build a personal custom chopper; he visited some of the most recommended experts. But, despite several attempts at customization and modification, the results were never up to the mark. Might be that dissatisfaction from an unorganized sector was the primary motivation for this revolution in Indian motorcycle industry. 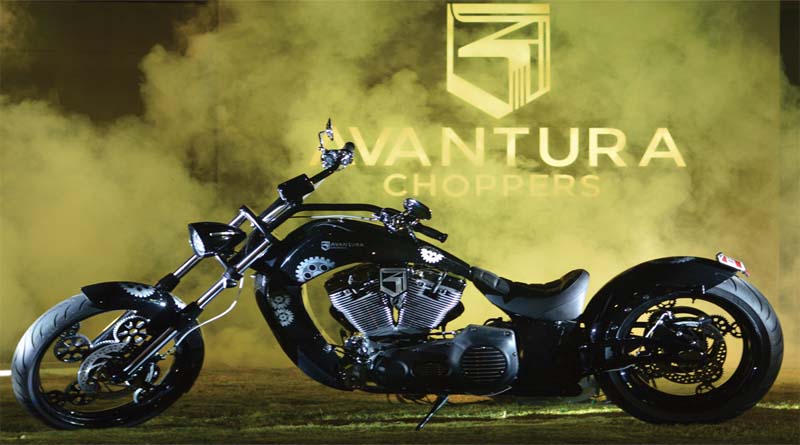 He then went on to meet bikers & other bike enthusiasts who were thirsty for real Chopper experience. After  meeting several like-minded people, he went on to pioneer the revolution of Choppers in India by starting Avantura Choppers. Avantura was named by combining two Sanskrit words: Avanindra & Tura.

To start a chopper brand, he needed a team. And, that need was fulfilled once he roped in his friends Amitabh Biswas and Vijay Singh. After a while, Kevin Alsop, founder of Big Bear Choppers accompanied the team.

Amitabh Biswas, co-founder of Avantura Choppers contributes as the Founding Partner & Chief Marketing Officer (CMO) in the company while Co-founder, Vijay Singh serves as Chief Revenue Officer in the organization. Besides, Sanjay Yadav who works as Head of Production and R&D.

Kevin Alsop, the founder of Big Bear Choppers, is a legend in the niche and he serves as Chief Design Engineer of Avantura Choppers. Kevin first visited India very recently to build Avantura Choppers factory. In addition, individually, he owns several patents in Chopper industry. He has also sold more than 5000 Choppers worldwide; and to keep it in perspective, let me tell you that Avantura Choppers aims to sell over 200 choppers annually.

With a unique team, idea, and enthusiasm; Gaurav and team have unquestionably revolutionized the motorcycle industry in India. And, this story can certainly inspire hundreds of thousands of Indians to revolutionize by starting their ventures in the niches they are passionate about.

Wrapping up, I leave it to you. You have the power of sharing this story and inspiring someone to start their venture. So, share it, and bookmark this blog for new & inspiring startup stories.

My Smile My Rules Story; A story that Inspires millions to smile!

Story of Codexite, A Media Startup

Author startupurbanPosted on August 16, 2017August 21, 2017
Videos catch the attention of every digital media user these days and that too within a span of a few seconds.  Hence, video marketing has become...
Read More

Parag Agrawal: The Story Behind This Tech Whiz No One’s Ever Heard of Before

Author startupurbanPosted on December 17, 2021December 17, 2021
An Indian immigrant and a respected alumnus of IIT Bombay, Parag Agrawal has taken the tech world by storm after being declared as the...
Read More

Author startupurbanPosted on February 18, 2022February 18, 2022
Website – Praakritik Founder – Dharmishtha Goneka Nowadays, the increase seen in global health awareness has made the use of organic foods and products...
Read More

Craving for fresh and juicy fish or meat? Order from Meamo today!

Author startupurbanPosted on November 9, 2021November 9, 2021
Website – Meamo Co-Founder – Sudarshan Boosupalli All the meat lovers out there in Bangalore, we have great news for you. Now you can...
Read More