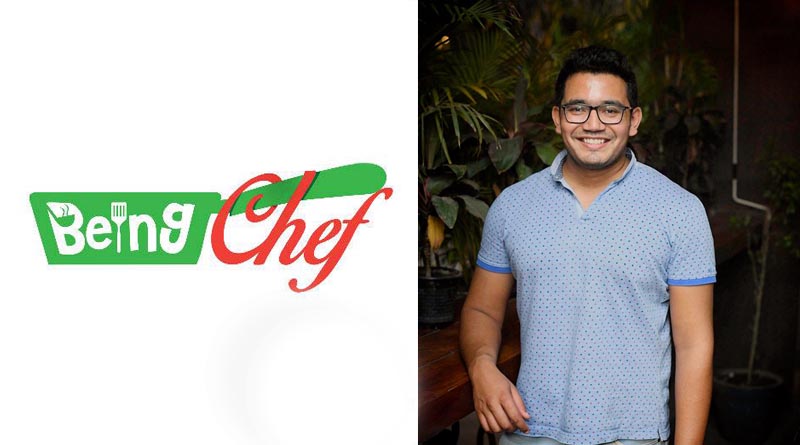 In the fast-moving world with such hectic schedules of the day, how difficult is it to cook food? Damn, it’s sometimes impossible. Yes, and that is why food delivery startups are so successful today!

Shubham Maheshwari, a fresh graduate, living with his friends in Gurgaon was one of them who worked out his way watching YouTube cooking tutorials and working out on what could be the easiest way of getting the food cooked swiftly. Deep research and pondering on food preparation ideas got Shubham to an idea for forming Being Chef in 2014.

Shubham stepped up to solve the stress of cooking of people. He planned out an idea that would help them get away with fuss of peeling vegetables, chopping, measuring and processing the food. Being a one-stop solution for the vegetarian people, Being Chef has stepped up as a one-stop solution to the mothers and everyone. Being Chef, in New Delhi and Gurgaon, came up with a wide range of DIY cooking sets to prepare fully cooked meals. They, therefore, came up with an idea about how their customers could enjoy a home-cooked meal without taking up the stress of making it all yourself.

Shubham in an interview mentions that he aims to help all the working women and busy people use their hack to avoid stress on cooking and focus on their daily job.

You could cook anything in 5 minutes

One can order at Being Chef either through its website, app or via call. They are registered on other food ordering portals too. The Being Chef team packs up all the fresh ingredients as per your custom requirements. The team assembles ordered ingredients and submits them to the quality team to have multiple-level quality checks. The packaging team then finally packs the ordered ingredients in a box. The box with the recipe is then sent out for delivery. The meal kits are generally on an average between INR 150 to 200.

Shubham started Being Chef initially investing 2 crores out of his pocket and with some financial help from his family. He gave a view to his idea considering what could be done to source ingredients, other variables and built a full-poof process. While working on the idea, he decided to build a 5-minute time limit to make any dish. Moreover, he identified that no dish would take more than 8 steps to make.

Being a sole founder and a worker of his firm, Shubham initially made over 1000 deliveries himself on this bike. This helped him understand what the delivery boy’s interaction would look like for this startup. Moreover, being indulged himself in the deliveries, he could gain a better understanding of what customers were more delighted for.

Shubham in initial days started operations with finalists of MasterChef and various others to build his team. He holds a team of 25 people and has optimized the role of people in a way that each one of them handles multiple roles effectively.

The success of Being Chef

Being Chef has grown from 12 lakhs to 2 crores in 4 years. The team has successfully delivered 4 lakh meals on a profit of 17%. Also the company has multiple times served 17,000 + people in a single day in 5 different locations simultaneously for a corporate catering .

The startup is lately seen to be working on margins of 35-45%. While the greater focus is on the recipes, the company is also scaling upon performing some crazy innovations. These include automation in cooking that the company promises is soon going to be a boon for customers daily needs.

Author startupurbanPosted on July 29, 2017April 6, 2021
Are you screwed up with your undesirable or unused gift voucher that is soon to get expired? Presently there’s an answer to your question...
Read More

Author startupurbanPosted on March 24, 2019October 20, 2020
Founder – Ishan Singh Website –  Revstart On this blog, generally, we talk about startups & businesses around the nation, and today is no different. However,...
Read More

3D Printing Technologies introduced in the Education sector by 7 friends

Author startupurbanPosted on April 1, 2017
With the existence of 30 years of presence of 3D printing technology, the 3D printing in India is seen to be espousing the same...
Read More

Peyush Bansal – A Person Behind A Billion-Dollar Startup Lenskart

Author startupurbanPosted on February 9, 2022February 9, 2022
As soon as his Bachelor’s in Electrical Engineering from McGill University, Canada was completed, Delhi-boy Peyush Bansal started a job in the US with...
Read More

Savings and Investments are now Easy with Sqrrl

Author startupurbanPosted on January 20, 2020July 14, 2020
Website – Sqrrl Founder – Samant Sikka, Dhananjay Singh and Sanjeev Sharma As millennials, we have all at least for once fell in the...
Read More