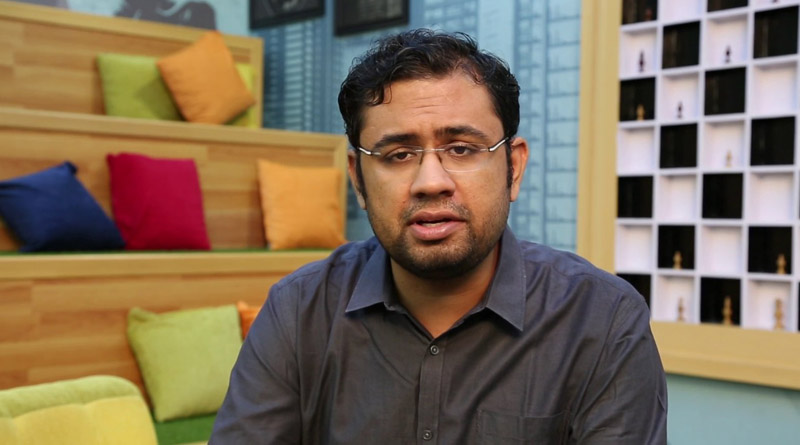 The digital atmosphere in India is currently growing at a very rapid rate, and along with that market, the rivalry is also growing. This is taking place because a growing number of entrepreneurs are doing wondrous things that are disrupting the tech world. They are opening up a world of possibilities for a wider range of industries and providing the foundation for a contemporary world’s advancement. The fintech industry is one such field where a lot of entrepreneurs are finding opportunities to take large strides.

Online payment is a very recent development- a giant leap from the conventional days when sending money used to be a complicated and time-consuming operation. Currently, we have a number of platforms that have been trying to create a simple and secure online money transfer service. Among the famous fintech company names that have been able to achieve this, one of them is Razorpay. Razorpay is a payment gateway platform that has built a safe and secure payment system for all customers in India.

The visionary behind Razorpay isn’t recognised a lot but has contributed hugely to the sector. The co-founder and CEO of Razorpay is Harshil Mathur- who is an Indian businessman, author, and entrepreneur. With him at the helm, Razorpay has come to achieve the zenith of success. Mathur had to face over 100 rejections from investors before successfully finding a corporation ready to take a shot at his business concepts. Mathur was certain he had an impressive idea for a full-stack integrated payments solution firm that would revolutionise the industry, but he needed venture financing to get his plans into execution mode. However, he didn’t give up and after more than 100 rejections, he was able to secure the funding he needed to take his plans off the ground and build Razorpay.

The Razor-Sharp Brain Behind The Brand:

Harshil Mathur is an alumnus of the Indian Institute of Technology, Roorkee. He was a student of the tech department at IIT Roorkee in 2009 and earned his bachelor in Technology degree in 2013. He majored in software engineering. He took an active interest in participating with SDSLabs, the Hobbies Club, and ASME while he was finishing his graduation. In 2015, he was one of the members of the YCombinator W15 Batch. There, he was mentored by Paul Buchheit and Dalton Caldwell.

In the June of 2014, Harshil started working as a Wireline Field Engineer for Schlumberger. He was employed in Mumbai for nine months but left in February of 2014. He decided to resign after working for less than a year to look for better and more exciting business opportunities.

Post quitting, he started working on Razorpay right away and built the company. Razorpay consumed all of his time, efforts, and attention. He conjoined efforts with Shashank Kumar, a friend from college, to create a payment gateway for small companies having issues processing internet purchases.

Mathur considers himself unfit for a 9-to-6 corporate job. He thinks of it as drudgery and a struggle, to wake up and go work for someone else daily. It may seem like an entrepreneur’s cliché, but Mathur’s desire to be challenged, to be on his toes every day dealing and solving a new problem, is what fuels him with passion. This is also why he decided to go out on his own in the first place. Mathur also advises entrepreneurs who’re just starting out and want to know more about his ideology- he doesn’t keep things hidden; instead, he freely shares his plans and methods for achieving business objectives. That’s the spirit of how he conducts business.

Today, Razorpay processes more than a third of all online payments in India and accepts payments from more than 50 banks and credit card providers. Despite the ongoing pandemic, Razorpay achieved the milestone of becoming a Unicorn company in October when it raised $100 million in funding around sponsored by Singapore’s souverain wealth fund GIC. The company was valued at $1 billion and entered the prestigious Unicorn club. GIC co-led another round for $160 million in mid-April when India was facing the second wave of Covid-19. The funding round ended with tripling Razorpay’s worth to $3 billion.

Harshil believes that One of the most critical things that define a business trajectory is whether its product serves the underserved or not. A business should understand the issues in the market and strive to create a solution that is easy to implement. Thus, Razorpay saw that most of its competitors were interested in digitised transactions and dealing with large vendors and hence, it went on to approach the small and undervalued merchants.

Harshil and Shashank decided to build a platform that would assist this large audience of small vendors and everyday business owners, to take payments online as quickly and easily as feasible. They then identified the hindrances in achieving and realising their goals. They attempted to create what is now Razorpay, a platform that would expunge these issues.

Several other features were added throughout time, but the aim of achieving growth remained consistent. This is evident in their success, as existing customers continue to use Razorpay and new customers sign up because they prefer what Razorpay provides to its customers.

Razorpay redirected its focus on clientele ranging across e-commerce, gaming, B2B firms that assist enterprises to digitise, and online education. Small businesses and their owners, such as grocery stores, schools, and offline merchants, who had never benefited from online payments before and wanted to digitise transactions. These clients were also seen as a promising commercial opportunity by the corporation.

RedBus - The Success Story of Phanindra Sama and His Pioneering Company

Story of Codexite, A Media Startup

Author startupurbanPosted on August 16, 2017August 21, 2017
Videos catch the attention of every digital media user these days and that too within a span of a few seconds.  Hence, video marketing has become...
Read More

InfiVR – Get introduced to an innovative world of virtual reality

Author startupurbanPosted on April 30, 2021April 30, 2021
Website – InfiVR Founders – Rohal, Atish This story of two entrepreneurs, who have put their heart and soul into pursuing their dreams, can...
Read More