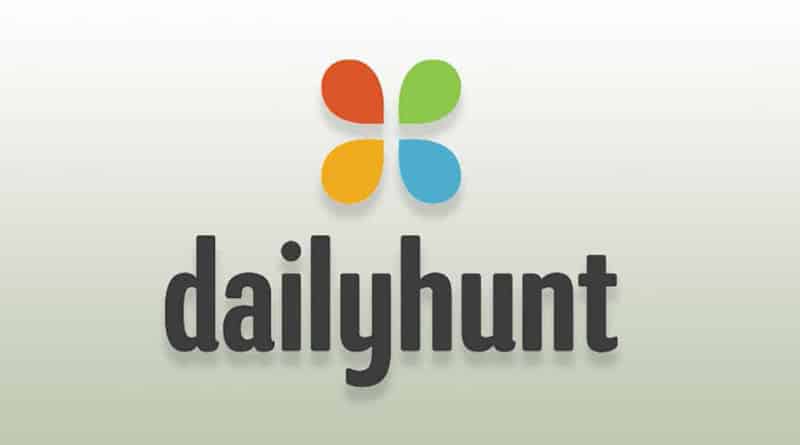 Life has become a marathon where everyone seems to be running, and in this marathon of life people no longer wait for newspapers to get the latest news, nor do they wait to reach home and watch the news on TV.  With mobile phones and news portals, one can access to latest news and updates with just a click. Basically, this was the idea behind the news app ‘Dailyhunt’, which was getting local news updates in regional language which seemed a little far from reality in India until 2009 when the app was established.

Headquartered in Bengaluru, Dailyhunt is a news portal that delivers local news from across the country in more than 14+ regional languages “that informs, enriches, and entertains” the Indian masses. Initially, Dailyhunt, then known as Newshunt was started by Umesh Kulkarni and Chandrashekar Sohoni who were the ex-Nokia employees as a Symbian app in the year 2009. But later in the year 2011, Virendra Gupta acquire Newshunt, who was the founder of the venture, VerSe Innovation Pvt. Lt. As a value-added service that would offer MS alerts on jobs, matrimony, news, and education to the subscribers of Newshunt all over the country. In the year 2015, Virendra Gupta renamed Newshunt to Dailyhunt.

Dailyhunt is one of the early news platforms in the regional content space in the country. It even serves people with short videos, where the content is sourced from organizations and stringers. With the latest and smart technology, Dailyhunt customizes the videos according to viewers needs. From the country’s top-notch news sources to hyperlocal correspondents, it shapes the news in such a way that one will surely love to watch it. The platform, Dailyhunt serves over 350 million users in a month and among 350 million 90% of users use the platform in regional language. There is a unique option that the users can search for the topics according to their interest and even share the information and updates to others over social media platforms such as Whatsapp, Facebook etc.

“So, the first thing that we did is we exploded supply of content; we used to get content from 800 publishers, largely news. We exploded with 50,000-plus publishers across various categories who were giving us news entertainment, lifestyle, divinity, astrology, Bollywood, crickets, so on and so forth,” said Umang.

From a news platform serving with the more news-hunger audience, the app turned to aim to become India’s largest digital media business that would offer the users the ability to discover, consume and socialize with content- not only with information but as well as with something that is engaging and entertaining. To gain success on this concept, the duo changed the product on the Android app to develop a discovery-driven environment, changed the feed, offered multimedia content, reworked the AI-ML algorithm in order to drive deep personalisation during discovery.

Dailyhunt basically generates its revenue from Impression based news, that is tie-up with big media houses where it shares the advertising revenue on the news screens along with media houses, secondly, from transaction-based(books and magazine), that is tie-ups with books and magazine publishers where the platform act as a distributor of these books, takes the revenue from the users and share it with the publishers who then might share it with the authors, and thirdly from in-app advertisements, that is Dailyhunt even generates revenue from the advertisements of the companies and startups that get featured in their app. Dailyhunt has noted funding of more than $430 million in over 14+funding rounds from several well-known investors including Qatar Investment, Falcon Edge, Google, Microsoft, Goldman Sachs, and may more.

In July 2018, the app gained more than 12 new monthly active users and in the same year in August crushed the previous month’s subscribers with an addition of more than 15 million new monthly active users. Putting together total monthly users of both, Dailyhunt and OneIndia as of September 2018 was 138 million of which Dailyhunt had 100 million. In December 2020, Dailyhunt had a partnership with Mzaalo, which would help Dailyhunt users to get access to Mzaalo’s content and even get reward points. Points earned can later be used to buy products or services of brands in the Mzaalo app. In the year 2021, Twitter collaborated with Dailyhunt to offer Moments to the Indian vernacular news and content aggregating platform. As of now, Dailyhunt incorporates a section of ‘Twitter Moments’, where the app delivers curated tweets including news and events for the Dailyhunt users. Dailyhunt had a rapid growth to serve more than 350 million users every month and on its short video platform, Josh has grown its monthly active users to 139 million and daily active users to 68 million as of January 2022 reports.

In December 2020, Dailyhunt, the regional language news and content platform raised funds of $100 million at a valuation of $1 billion by the investors of Alpha Wave, Google, and Microsoft, which helped the startup earn the unicorn status. Before this round of funding, it had raised around $134.5 million. It was the first time a unicorn was established in tech for regional languages with a valuation of $1 billion.

“For the next 10 years, we are going to be all about Bharat or India that does not speak English to take to consumption in a big way with smartphones”, says Virendra Gupta, founder and CEO of Dailyhunt.

Author startupurbanPosted on July 21, 2017July 20, 2020
The London headquartered company, Hubble, which began its operation in 2014 promises you by offering flexible and convenient office spaces. And, these spaces are...
Read More

Author startupurbanPosted on November 15, 2018July 13, 2020
Founder – Nitin Agrawal Co-Founder – Garima Agrawal Website – Roomsoom “Successful people see opportunity in every problem” might be one of the most shared...
Read More

Zyego is an emotional wellness management service for individuals and organizations

Author startupurbanPosted on May 22, 2018
Founder: Arindam Sen Website – Zyego   The biggest challenge for any start-up is ensuring that it delivers a quality product or service which...
Read More