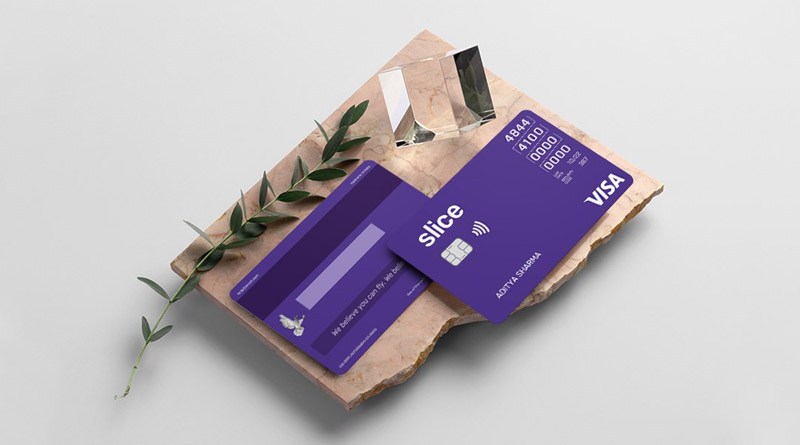 Slice, a company focused on providing Visa cards to millennial demography has recently been inducted into the exclusive Unicorn Club. It raised $220 Million in a Series B funding round led by United States investment giant Tiger Global and New-York-based private equity and venture capital firm Insight Partners, the latter also being first-time investors in Slice. This round also saw participation from Flipkart’s co-founder and ex-CEO Binny Bansal and London-based payment platform checkout.com founder Guillaume Pousaz. This excellent league of investors has resulted in Slice’s value surpassing one billion dollars and becoming a unicorn company. A Unicorn company is any privately owned entity that has a value of one billion dollars or more.

Because this year most members of the Unicorn club were companies that had a financial technology background, it wasn’t surprising to see Slice become the 41st company to achieve this feat in 2021. Slice focuses on providing visa cards to millennials and allows customers to pay for their purchases in three installments. The number of the company’s card issuers saw a substantial leap from 20,000 in January of this year to 200,000 per month currently. This spike can be attributed to the growing trend of using credit among the youth in India.

Slice ‘super card’ serves as a preferable alternative compared to normal credit cards due to its lower credit limit, making more people eligible to issue the card and be able to pay later when feasible. The company’s monthly issuance is now at par with leading banks like HDFC Bank and ICICI bank which lie somewhere between the range of 2,00,000 to 3,00,000.

The company’s revenue for the Financial Year of 2021 stood at ₹35 crores as compared to ₹30 crores in the previous Financial Year. In an interview with Moneycontrol, Slice founder Rajan Bajaj shared his insights regarding Slice future. According to him, Slice is planning to invest in technology and product design and add Unified Payments Interface (UPI). Due to a rapidly rising revenue, Bajaj believes that new as well as old customers will start using UPI for their payments on Slice’s platform.

Slice’s current growth rate is forty percent per month. It is expected that this growth will keep on continuing. Slice will find itself competing with other established fintech and banking moguls. But with a continued focus on market growth and product diversification, Slice has a promising future ahead of it.

How does App Good Food deliver revolution home-cooked meals to your doorstep?

Author startupurbanPosted on March 28, 2021March 28, 2021
EDC IIT Delhi’s Business & Entrepreneurship Conclave hosts over 50 events that are spread across 4 days. This is one of the biggest E-summit...
Read More

Author startupurbanPosted on November 30, 2021November 30, 2021
JioMart just launched its customer campaign and it’s nothing less than impressive. Conjoining efforts with WhatsApp, the services promised by the latest participant in...
Read More

IIT Kharagpur functioning under the aegis of RMSoEE presents GES 2022

Author startupurbanPosted on December 16, 2021December 16, 2021
Wat-a-Burger, the rapidly growing burger chain has huge plans lined up for it. It recently announced its desire to expand its presence with the...
Read More

Author startupurbanPosted on December 10, 2021December 10, 2021
In a recent abundance of electronic vehicles being rolled out by major companies- another one joins the list. This time, it’s a power couple....
Read More

Author startupurbanPosted on December 9, 2020December 9, 2020
India has already become one of the largest countries with the maximum number of internet users. Now this incredible nation is standing in front...
Read More

Business
Author startupurbanPosted on September 12, 2022September 12, 2022
A builder’s warranty is a contract between a builder and the homeowner where the builder promises to make repairs...
Read More

Business
Author startupurbanPosted on September 12, 2022September 12, 2022
Renting a storage unit is one of the best space-efficient solutions for a business. Whether you need space to...
Read More

Startup Stories
Author startupurbanPosted on September 10, 2022September 10, 2022
As a matter of fact that earlier music systems were not portable, people wanted gadgets that can be carried...
Read More

Startup Stories
Author startupurbanPosted on August 24, 2022August 24, 2022
In today’s world, everyone has to go through tremendous mental stress because of office tensions or personal life issues....
Read More