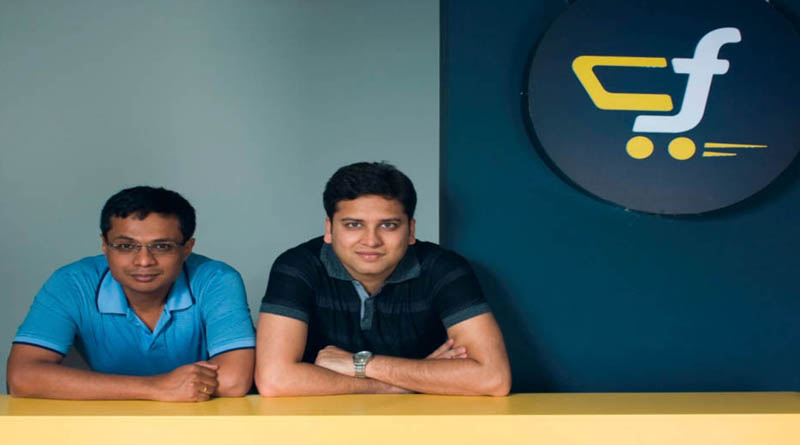 “Walmart-Flipkart deal likely in a week.”

“Walmart adds 86% of Flipkart to wishlist.”

These are some of the headlines I read from “The Economic Times” in the last couple of days. And these titles motivated me to think about writing an inspirational success story, for you, the readers. Therefore, today, I am going to write the success story of India’s leading e-commerce giant, i.e., Flipkart.

Launched back in October 2007 with a mere investment of Rs. 4 lakh(or around $6000), Flipkart is amongst the initial e-commerce startups to launch in India.

Fast forward a decade, and today, it is the leading e-commerce marketplace in India. With over 30,000 employees, 80 million+ products, and 80+ categories, Flipkart has achieved this feat. But, reaching such heights certainly started from the bottom. So, let’s take a look at the backstory of this multi-billion dollar brand.

Sachin Bansal and Binny Bansal, the founders of e-commerce giant Flipkart might seem to be related but are not.

Sachin and Binny both attended the same school. After completing their school, both became the alumni of the prestigious Indian Institute of Technology, New Delhi.

In spite of attending the same school and the college, they were never good friends. The final year project of both individuals, Sachin and Binny, were given X-grade or Unsatisfactory grade. And due to that, they were instructed to work throughout the summer to fulfill their course requirements, which consequently led them to become good friends.

After graduating in 2005, both of them went on their quest for the jobs. Sachin happily applied and joined the Amazon as a Software Engineer, whereas at the same time Binny wanted to join Google. However, he was rejected by Google. When Sachin found about the Binny’s rejection, he referred him to the hiring team, and hence Binny ended up at Amazon alongside his friend, Sachin.

Sooner after joining the Amazon, they quit their job like most of the budding entrepreneurs. And subsequently, started the e-commerce startup, Flipkart. Flipkart was then started as a price comparison website. However, they soon found out the hidden opportunities lying in the e-commerce sector of the overly populated country, India. During that time, there were a few major e-commerce players such as Indiamart which weren’t able to provide the required quality services.

Also, the decade-old-revolutionary concept of e-commerce was still young to India, which gave Sachin and Binny the optimism of starting an e-commerce startup. Hence began the now-known e-commerce giant, Flipkart, as an online book retailer.

“Starting is easy; Persistence is an art.”

In my opinion, this is the quote which perfectly describes the success of the Flipkart because the initial days of Flipkart weren’t comfortable.

The initial months were hard. It took around 18 months before the website finally took off. However, until then, the founders of an e-commerce startup had to live on the allowance from their parents.

During an interview, Sachin recalls the initial days of the startup when they use to stand outside the bookstores and hand out “Flipkart bookmarks” to those who purchased the books.

‘Buying books online’ wasn’t something that was accepted widely during 2007. And due to that their offers were rejected by major book vendors. Finally, on the twenty-fourth of October 2007, they got their first order which was one of the John Wood’s books titled “Leaving Microsoft to change the world.”

First sale and a few successes later, in 2012, Flipkart reported a loss of more than 280 crore INR which unquestionably is a hardship for any e-commerce startup.

All in all, Flipkart founders had to face many hardships before making it into a multi-billion dollar brand.

Contrary to hardships, let’s talk about the fruits they achieved from those hardships.

Their first funding as an e-commerce startup was of $1 million by a venture capital fund, Accel India. Properly utilizing the fund led to significant growth of the company. In the first half decade of the company, Flipkart raised tens of millions of dollars and grew significantly.

One of the primary reason for the company’s success is their initialization of COD(Cash on Delivery). Due to this option, reluctant customers were satisfied to buy products online.

In March 2013, Flipkart hit the mark of $1 billion in sales and became the only e-commerce brand to reach the milestone in India.

On 6th of October, 2014, the famously known “Big Billion Day by Flipkart” was first held. On that day, Flipkart sold products worth $97 million in 10 hours which made history in the e-commerce domain.

During this journey of strong sales, significant fundings, and extreme hardships, Flipkart managed to acquire many of its competitors such as Myntra, Jabong, Letsbuy, etc. which is one of the principal reasons of company’s success.

Every step of Flipkart, whether good or bad, has led it to the giant it is today. And it deserves every ounce of the success.

Flipkart is all set to be acquired at a total valuation of more than $12 billion by Walmart. The future of this tech giant depends on this acquisition.

Additionally, Amazon is steadily trying to lead the chart. After failing to Alibaba in China, Amazon is trying every possible trick-in-the-bag to dominate the market with a potential of 1.3 billion customers. Whatever it may be, but Flipkart is still the leader of e-commerce in India. Let’s see how far the Amazon’s investment of $5 billion in the Indian market goes.

A company started by two people from a two bedroom apartment has driven to unimaginable heights within a decade. This undoubtedly is an inspiration to millions. The journey of a small e-commerce startup of books to becoming India’s largest e-commerce platform inspires the generation of startups.

Flipkart story proves that one doesn’t need to have a revolutionary idea to build a business. A good idea and even better execution is all that’s necessary.

Zyego is an emotional wellness management service for individuals and organizations

A brand that has changed the Instant Tea game forever

Author startupurbanPosted on September 22, 2021September 22, 2021
Founder – Kartic Sharma Website – Tea Bro We are standing in an era of the internet and digitalization where today’s generation instantly wants...
Read More

Author startupurbanPosted on October 31, 2019July 13, 2020
Founder – Syed Arshad Website – BlueRose Ever heard the saying, “Writing is an art, and not everyone is an artist?” But this company gave this...
Read More

Savings and Investments are now Easy with Sqrrl

Author startupurbanPosted on January 20, 2020July 14, 2020
Website – Sqrrl Founder – Samant Sikka, Dhananjay Singh and Sanjeev Sharma As millennials, we have all at least for once fell in the...
Read More