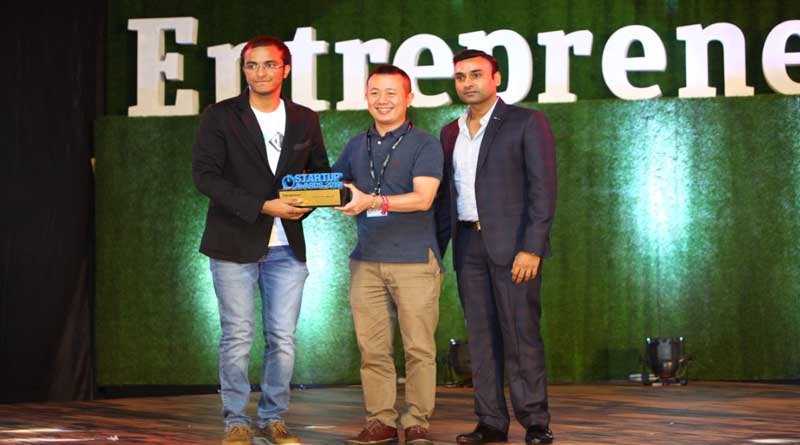 IB Cricket, a young start-up has recently won the Startup of the year – VR Technology award. This award was presented by Entrepreneur India.

IB Cricket is a v-sport that helps everyone to play this game in superior stadiums in the world. It has more than 500 million users. According to a report, 95% of them gave this v-sport a 5-star rating. This 95% includes over 15000 users from different parts of the world. The game lovers are found in those areas where people love to watch cricket, but they cannot even think of playing it. Ideally, this game should be called eSport as the players can enjoy this game in the world of virtual reality. The teaser is available online. Users can watch it from anywhere anytime.

ProYuga has developed this IB Cricket game. ProYuga is a start-up that focuses on XR Technology. IB Hubs offers its support for this start-up called ProYuga. This start-up works with a great team as the team consists of IIIT, IIM, and IIT graduates. The founders of ProYuga are Vasant and Trivikram. Vasant is a student of IIIT Hyderabad whereas Trivikram is a student of IIT Delhi and also the CEO of leading business. Trivikram got an offer of over one crore INR from a leading MNC before staring this start-up. He turned down that offer. Later on, he found ProYuga. IB Cricket is used and loved by five different countries, including Singapore, Australia, India, UK, and Dubai.

This game comes with different attractive features. That is why it is known as the most immersive virtual cricket game in the world. At the time of playing, the surrounding of the player changes completely. That player can play cricket in a virtual world. This v-sport focuses on accurate physics and matches the real-time of cricket. So the player can get the complete experience of playing cricket. This v-sport also includes each detail of the game cricket like cheering crowd, customized commentary, scoreboards, bowlers, pitch, and so on. So the players get a realistic experience. At the same time, they can play this game in world-class stadiums. IB Cricket also enables players to get a personalized AI coach. They can play different Global tournaments after training. As a result, now anyone can build their career in cricket just like their favourite players.

IB Cricket was also a proud part of ICC Cricket World Cup 2019. This startup organized a series for the fans of cricket in 5 different countries, including the UK, Dubai, Sri Lanka, South Africa, and India. It has impressed and drawn several cricket enthusiasts.

IB Cricket has recently joined hands with the Bharat Army now. The Bharat Army is the number 1 Global supporters group of team India. Together they want to offer magnificent cricket experience to the fans of cricket at the event of ICC Cricket World Cup 2019. The video is also available online.

Along with that IB Cricket has tied up with Viu to host the first-ever Cricket tournament in the world which will happen in virtual reality. The name of this tournament is IB Cricket Super Over League. 12 International cricketers including Suresh Raina, McCullum, Virendra Sehwag, Herschelle Gibbs, and other star cricketers will compete against each other in this tournament. All the videos are available online right now. So cricket lovers can watch it anytime.

Fullerton India Teams Up With Annamitra Foundation To Provide Help To 40,000 Underprivileged Individuals

Author startupurbanPosted on December 23, 2021December 23, 2021
The company has been felicitated by the Governor of Maharashtra felicitates for Covid-19 relief work Fullerton India Credit Company Limited (FICCL) Has been recently...
Read More

Author Surbhi GoyalPosted on August 7, 2020August 7, 2020
The multi-faceted social media platform called Pixalive, has been launched by an Indian start-up, Tripalive.me Technology and its key product Pixalive. Pixmash is a...
Read More