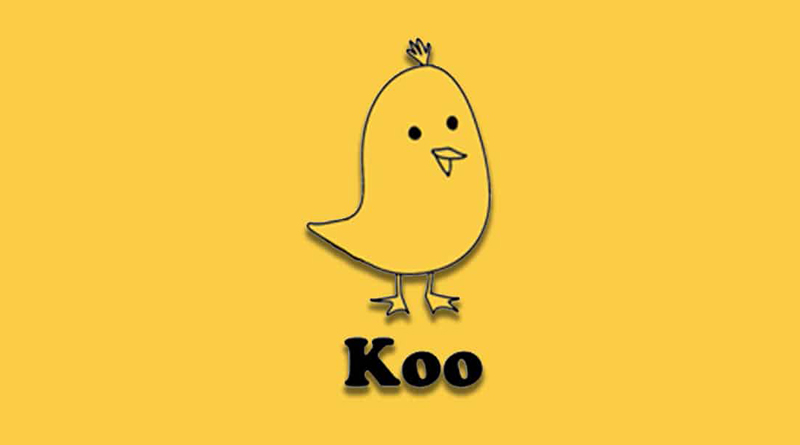 Koo is an Indian microblogging and social networking service based in Bangalore. It is used for connecting, commenting, and engaging on social media in a regional language. The company’s platform is available in multiple Indian languages and includes features such as English to regional language keyboards, a local language news feed, and hyper-local hashtags. This allows users to express themselves on a variety of topics via “Koo(s)”. “Koo(s)”

are basically the posts put up by users on this app which can have various formats like text, audio, or video.

Koo has stated on its website, “Just 10% of India speaks English. Almost one billion people in India don’t know English. Instead, they speak one of India’s hundreds of languages. They are now getting access to smartphones and would love an Internet in their language. Koo is an attempt to make the voice of these Indians heard. They can now participate on the Internet in their mother tongue by listening to the views of some of the sharpest Indian minds and also speak their mind by sharing their thoughts.”

How It All Began:

Aprameya Radhakrishna and Mayank Bidawatka co-founded the microblogging platform Koo. Aprameya Radhakrishna was also the founder of another famous startup-like TaxiForSure (an online taxi and cab booking service that was later bought by Ola for $200 million). The duo has also co-founded the app Vokal, an audio-video knowledge-sharing platform similar to the likes of Quora.

Although the app was first released in early 2020, it rose to prominence after winning the government’s Atmanirbhar App Innovation Challenge (AAIC). This app, along with other Indian apps such as Zoho and Chingari (desi TikTok), won the challenge. The AAIC  was launched by the Centre shortly after its banning of a slew of Chinese linked apps- citing national security concerns. Indian Prime Minister Narendra Modi listed this app in his Mann Ki Baat address after the results of the Atmanirbhar App Innovation Challenge.

According to Koo’s cofounder Bidawatka, the sudden rise in Koo’s popularity can be linked in some ways to the boom in the usage of digital payment apps in India following the ban on high-value currency notes in late 2016. Radhakrishna, Koo’s co-founder, and CEO said that he is soaring up the Company’s network and tripling its technology team to be able to invite more high-profile guests, including Prime Minister Narendra Modi if he joins. According to him, following Twitter’s refusal to delete some Indian accounts and tweets, it continued to see an unprecedented increase of 10-20x  growth in new users compared to that of a typical day.

With the latest funding round that came in May 2021, the company has raised about $30 million from a host of investors that include Tiger Global, IIFL Venture Capital Fund, Mirae Asset Management, and other existing investors, which increased the total valuation of Koo five-fold.

Koo has successfully raised $34 million in over 3 funding rounds that the company has witnessed in 2021. On October 25th of 2021, it clocked 5 million downloads in the previous quarter. In October, Koo also started spending ₹ 2.6 lakh a day on Facebook to beat Twitter. After reaching a 15 million user base mark, Koo is eyeing expansion to the new market in South East Asia.

On August 25th, 2021, Koo announced that it had crossed 1 crore downloads. The company boasts of reaching the 1 crore mark within just 16 months of its launch. Koo also boasts of having more than a thousand celebrities on its platform. It has announced having more than one lakh creators in total.

Although Twitter is under scrutiny in India, homegrown vernacular microblogging site Koo, which has quickly surpassed 15 million users, aims to cross 100 million users by the end of the year according to its co-founder, Mayank Bidawatka. He claims that the firm is equipped to manage such high traffic because it is investing in technology that can handle such a large user base at scale.

Politicians, ministers, and celebrities who have signed up for the app include Commerce Minister Piyush Goyal, Law and IT Minister Ravi Shankar Prasad, Members of Parliament Tejasvi Surya and Shobha Karandlaje, Karnataka Chief Minister BS Yediyurappa, Aisha Foundation’s Jaggi Vasudev, and former cricketers Javagal Srinath and Anil Kumble. In addition, the Union Information Technology Minister, India Post, and the Niti Aayog are among the government agencies that have signed up for Koo.

Many ministers and politicians are supporting the made-in-India microblogging site, particularly at a time when the world’s largest platform in this segment has not responded favorably to the Indian government’s demands, demonstrating the government’s willingness to push for an alternative to the social networking platform.

A striking event that took place in Koo’s existence is its publishing of a compliance report as per the latest social media rules of the Indian government on the 1st of June, 2021. The Indian microblogging website became the first Indian social media company to do so where it claims to have taken down more than 1900 content posts via proactive monitoring and around 1200 contents after they were reported against.

Due to being a fresh entrant into the social media industry, Koo is still working out its revenue model, which is being explored at the moment. According to its founder, the app is currently looking for monetization at scale and is exploring the advertising model.  However, they want to follow a more targeted approach, focusing more on the demography and interests of their users.

Setmycoach.com startup to find the right coach according to your specific requirement

Author startupurbanPosted on July 16, 2017June 2, 2021
‘Better three days without food, than one without tea.’ This is a famous Chinese proverb. After its discovery, till now tea has been the...
Read More