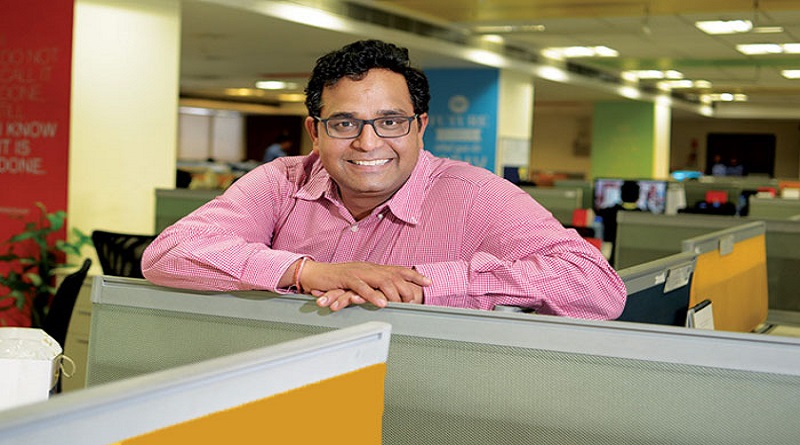 Paytm today stands as a huge company in India. However, there are very few of us who know about the struggle behind the success of the man who found Paytm. The man who owns a $3 billion company today had started with just Rs 10 in his pocket.

The boy who belonged from a small village in Aligarh was born to a man who was a highly principled school teacher. He finished his secondary schooling at the age of 14. However, his entire education being in Hindi, he did not know to read and write English and soon found that it was necessary to learn the subject to get into a good college.

He took the challenge positively and started learning the language by borrowing books from his friends and reaching out to old magazines. He took two books at the same time where the first would be a Hindi version and the second one an English one. The first bencher boy when admitted to an engineering college in Delhi soon became a part of the back benchers. Soon, his good grades turned into bad, and he completely stopped attending his college.

It was the difficulty of English learning and unyielding response in his engineering college that let him loose interest and gain a new one towards entrepreneurship.

Hugely inspired by Yahoo and his love for the internet made him aspire to go to Stanford for Yahoo was built there. However, the lack of finance and his bad English restricted him from getting in there.

The boy with his college mates started building their own content management system which turned out to be the major publications in The Indian Express. He joined his first job in an MNC too at this time and passed all his examinations.

This might sound really compelling, but circumstances did not turn out to be so favourable as expected. His friends shattered his dreams to reach the Silicon Valley. They left him bankrupt while they had just initiated the business and had raised the first round of funding. It was a sum of 8 lakhs raised while he was conned for entire 40%. This was the turning point of his life. He did not give up.

The Success story of Paytm

It was just his hard work and prior experiences that make him so successful today. Things were better when he launched One97, the parent company of Paytm. The experiments here were related to advertainment, commerce and content which led to the idea of payment ecosystem.

He did not gain any funding on this idea and invested $2 million himself in proving it to the people about his game.

The company grew when it gave value to its customers in terms of internet wallet services, 24 x 7 customer care services which created trust among the people. The immediate response to the customer complaints made up build the company better. The idea required trust which Vijay finally won coming up on the market.

Today the four, Vijay, Alibaba, Alipay and SAIF own million-dollar company. The team work paid off.

The story of Vijay Shekhar Sharma proves how passion and hard work can bring you to endless opportunities in life. He remains to be a huge inspiration to the future aspiring entrepreneurs today.

Breaking Stereotypes: From IIT to Qtiyapa

How to make your employees better?

InfiVR – Get introduced to an innovative world of virtual reality

Author startupurbanPosted on April 30, 2021April 30, 2021
Website – InfiVR Founders – Rohal, Atish This story of two entrepreneurs, who have put their heart and soul into pursuing their dreams, can...
Read More

TravelDilSe – Because you got to plan your holiday travels Dil Se!

Author startupurbanPosted on October 16, 2017April 17, 2021
Business performances need to be aided by strong legal and financial planning. The business of accounting also gets a better response when the legal...
Read More

Author startupurbanPosted on November 15, 2018July 13, 2020
Founder – Nitin Agrawal Co-Founder – Garima Agrawal Website – Roomsoom “Successful people see opportunity in every problem” might be one of the most shared...
Read More