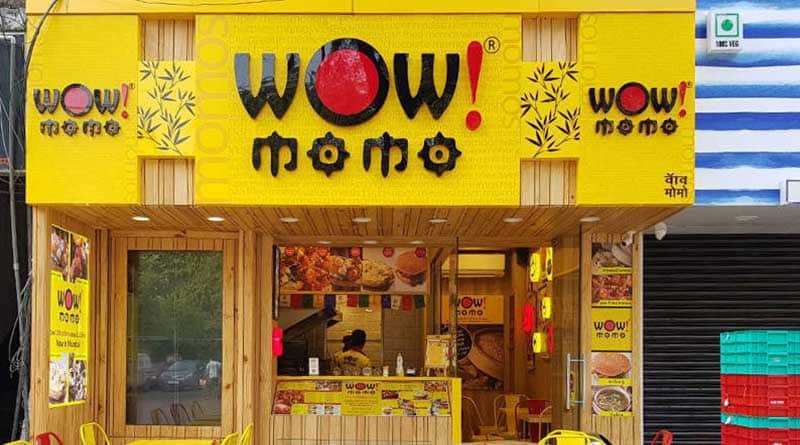 Sagar Daryani and Binod Kumar Homagai- founders of Wow Momo story can be truly considered as “rags to riches one.” Wow Momo, a fast-food growing eatery chain based in Kolkata which is famous for its speciality in Momos, that is also known as a famous dumpling in Nepal and in parts of Tibet and India. The Wow Momo brand launched in the year 2008 by two St. Xavier’s College alumni- Sagar Daryani and Binod Kumar Homagai in Kolkata and currently have over 300 outlets by the year 2019.

It was the time when Sagar Daryani was passionate about brands spending hours in doodling logos of various well-known brands. However, Sagar had a keen interest in building brands but as he belonged to a middle-class family, doing so appeared to be a far off dream due to lack of capital.  When both Sagar and Binod were in their final year of graduation, they were sure of not pursuing MBA or CA as being fragile in mathematics.

During the time, they realized that keeping aside capital, another way of building a brand is creating a top-notch level product. Figuring out on the business plan took a lot of time in studying several sessions and the common thread for all was hunger pangs, that was frequently satisfied by eating instant noodles or momos. Having places that sell pizzas and burgers, so why not a place selling momos. This led Sagar and Binod launch the brand Wow Momo.

Initially, Wow Momo just started with steamed momos but later it came up with more 12 different varieties such as of chicken, chicken an cheese,corn and cheese and many more. As steamed momos were easy enough, the team at Wow Momo came up with a pan-fried variety where the momo would be fried in different sauces making it spicy, sweet or sour and serving it with essential flavors that would suit the Indian palette.The pan fried momo became the USP of the food brand and the idea behind the name Wow Momo was people would take a bite of momo and say Wow!

Sagar and Binod started this venture from scratch with just 30000 rupees as a initial capital which Sagar took from his father. In the initial days Sagar and Binod approached the supermarket chain Spencer to set up a stall where Sagar used to wear the Wow Momo t-shirt and approached each and every customer who entered Spencer to try a sample of their momos. Sagar even managed to hire a part-time chef Ramji KC paying him a salary of 3000 rupees who then worked at a small restaurant in the city. Payin Ramji KC a salary of 3000 rupees to come and cook in the garage of Sagar’s father, wich then worked as a kitchen to make momos for Wow Momo.

On the first day of the venture, the team’s sale was Rs 2200 and by the end of the month it went upto Rs53,000. The rapid growth resulted as a success for the venture and today Ramji KC works as full-time chef at Wow Momo with a salary of Rs1.5 lakh per month. To make sure that the momos were transported fresh and served hot, the duo would carry them in hot cases to Spencer. While returning, since the cases were empty the duo would take a walk back to the garage. They always moved forward with the thought that Re1 saved was Re5 earned and this resulted in a success at Spencers. Noticing the succes at Spencers, they offered the duo one more area for their stall in the best mall in Kolkata with the biggest Spencer.

The South City mall stall which opened four months after the Spencer one came out to be a turning point for Wow Momo as the revenue went from Rs50,000 a month to Rs9 lakh which was rapid and steady growth. With this rapid growth in revenue, they hired more employees and invested in R&D for their product.

The next step of Wow Momo was that they came up with a creation of MoBurg, that is two pieces of fried  momo placed between the buns along with sauces and mayonnaise to make it a burger.

After Spencers, the team went to Big Bazaar and Pantaloons. Wow! Momo has more than 200 outlets in 13 cities in the year 2018. It works in a central area with a central kitchen in each city. The company has over 700 people employed in back hand productions of Wow Momo and over 900 employees managing the storefronts.

After the investment made by Tiger Global Management of Rs130cr, the food venture was valued over Rs860cr in the year 2019. They raise a Series B funding of Rs44 crfunded by Lighthouse Funds and IAN at value of Rs230cr. After the year 2017, the company was also looking for an IPO in the coming six to seven years. In the year 2017 it aimed at opening over 1,000 Wow! Momo stores across the country. The food venture -Wow Momo that started with just an investment of Rs30,000 and now became a Rs860cr food brand.

Author startupurbanPosted on November 6, 2019February 19, 2020
Website – QuadB If you’re sleeping on innovation and business ideas, you might be surprised at what QuadB is doing. After all, wouldn’t you want...
Read More